President Rodrigo Duterte has renewed the ad interim appointment of four Cabinet secretaries who have yet to be confirmed by the Commission on Appointments.

The appointments of Taguiwalo, Mariano, and Ubial have been bypassed by the CA while Cimatu has yet to face the powerful commission.

Their reappointment papers were signed on June 1 but released only by Malacañang on July 4. JE 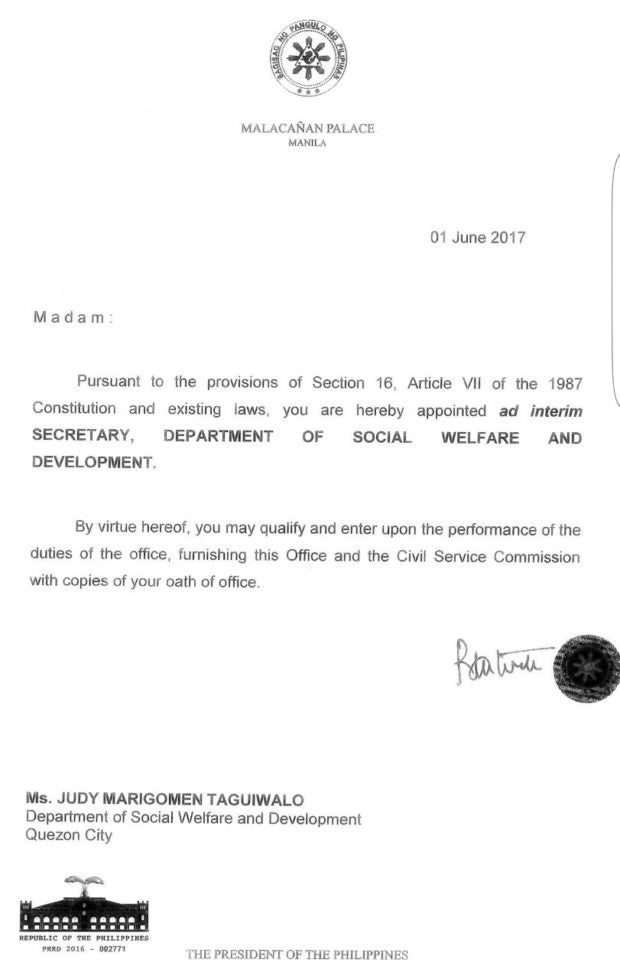 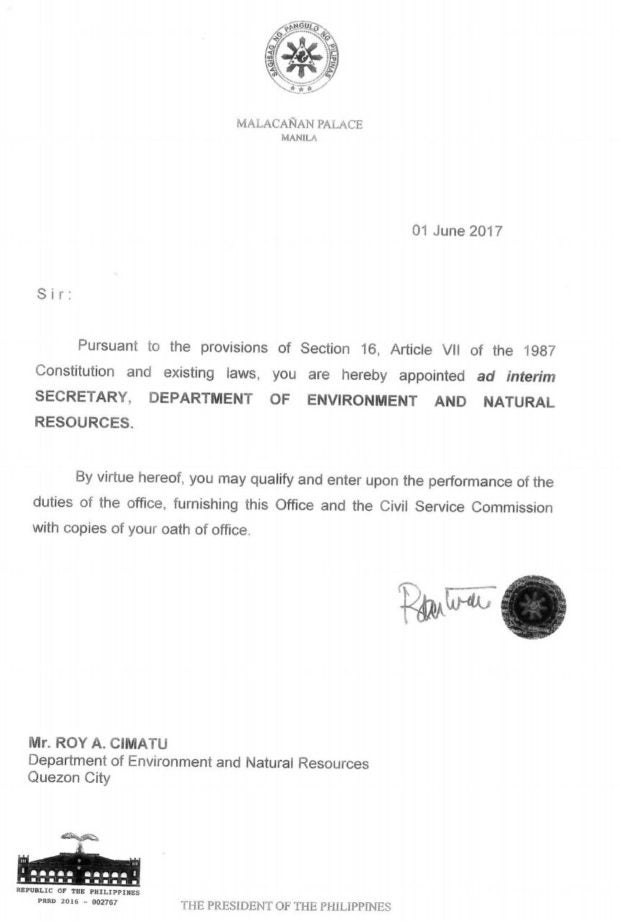 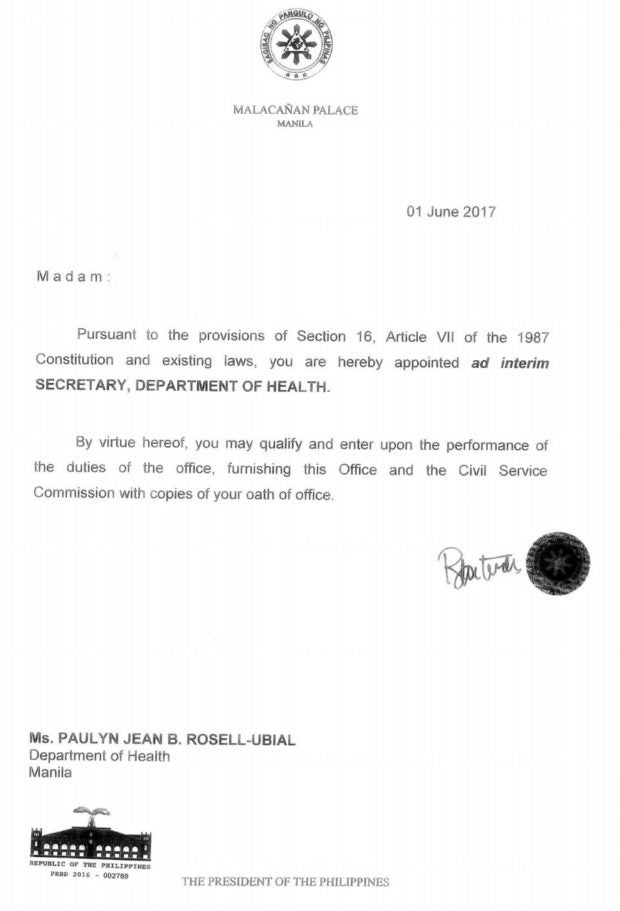