US offers to help in rehabilitation of war-torn Marawi 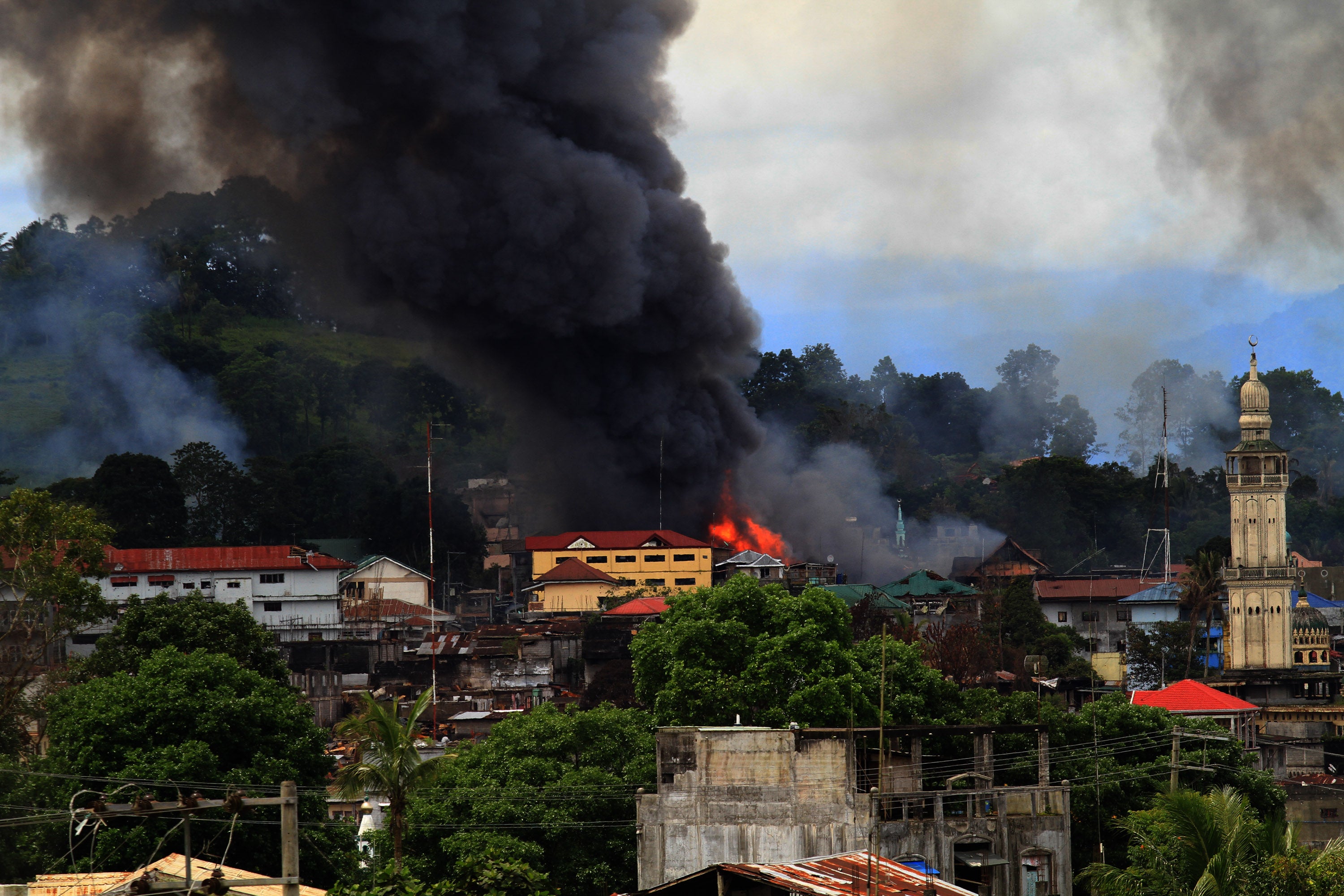 Fire and smoke rises over Marawi City after the series of airstrike from OV-10 hit the main target of airstrike in the morning of Thursday, June 29, 2017.. An estimated total of 300 terrorists have been killed by the 36th day of military operations against Islamic State-inspire militants in Marawi. (Photo by RICHEL V. UMEL / Inquirer Mindanao)

The United States has offered to help in the rehabilitation of Marawi once government forces retake the city, Defense Secretary Delfin Lorenzana said on Monday.

Lorenzana said he met with US Ambassador to the Philippines Sung Kim last week and the envoy conveyed the offer.

“I met with Ambassador Kim last week, and they said: ‘If you need some help, let us discuss…’ So, we’ll still talk about what kind of aid we’ll get,” he said.

Malacañang designated Lorenzana as the head of an inter-agency task force, dubbed Task Force Bangon Marawi, that would lead in the rehabilitation of the city and surrounding areas.

He added that he would tap the National Disaster Risk Reduction Management Council to implement the rehabilitation of the city.

Lorenzana said Kim was expected to raise the issue during his scheduled meeting with President Rodrigo Duterte Monday afternoon.

He also said that the two would also discuss the Americans’ continued support, particularly on “intelligence, surveillance, and reconnaissance.”

Meanwhile, Lorenzana clarified that joint patrols in the Sulu Sea conducted by the American littoral combat ship USS Coronado and the Philippine Navy was just a continuation of the Maritime Training Activity Sama-Sama in Cebu.

“It was just a continuation of Sama-Sama and as it was (going back to its home port), it passed through Sulu for some patrols,” Lorenzana said. “It was on its way out when they decided to conduct joint patrols (in the Sulu Sea). It was also a good deterrent against piracy.” /atm