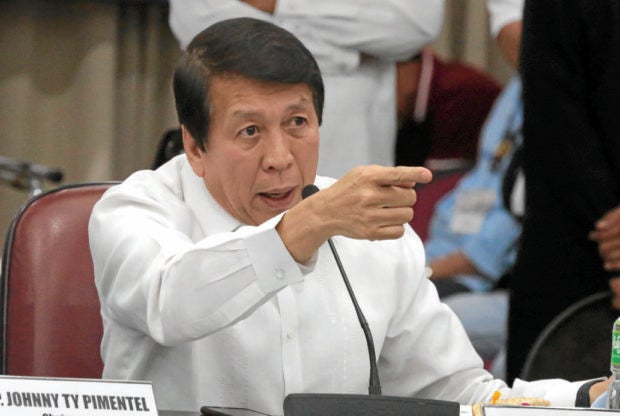 LAOAG CITY — Members of the Ilocos Norte Provincial Board on Tuesday (June 27) voted to declare Ilocos Norte Rep. Rodolfo Fariñas “persona non-grata,” or unwelcome in the province he represents in Congress.

Fariñas, who also serves as House Majority Floor Leader, was targeted for initiating an inquiry into the alleged misuse of Ilocos Norte tobacco funds under the administration of his political rival, Gov. Imee Marcos.

The House committee on good government and public accountability detained six Ilocos Norte provincial officials after holding them in contempt for refusing to answer questions during a hearing in May.

In his sponsorship speech, Lazo described Fariñas as a person of “no moral ascendancy” for filing House Resolution No. 882 which initiated the probe into the alleged misuse of P66.4 million. The amount represents Ilocos Norte’s share in tobacco excise taxes in 2012.

“It is obvious that Fariñas has already arrived at a conclusion when he filed House Resolution No. 882,” Lazo claimed.  SFM