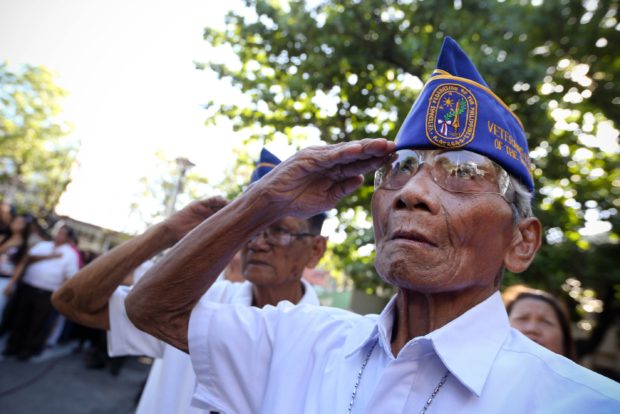 MANILA — The House of Representatives has approved on third and final reading the measure updating the rules on the correct rendition of the national anthem Lupang Hinirang, and requiring everyone to sing along when it is played in public.

House Bill No. 5224 also seeks to impose stiff penalties of P50,000 to P100,000 on “any person who, or entity which violates any provision” of the proposed law—much heftier than the P5,000 to P20,000 fine
provided for by the current Flag and Heraldic Code of the Philippines.

Under the proposed measure, singing along when the anthem is played at public gatherings “shall be mandatory and must be done with fervor.” It may be noted the current flag code, enacted in 1998, did not use the word “mandatory” when it directed public attendees to sing along during gatherings.

As a sign of respect, all persons must stand at attention facing the Philippine flag, if displayed, or the band or conductor; civilians salute the flag with their right palm over the left chest.

But, the House bill also seeks to provide leeway for people whose religious beliefs prohibit them from singing. The current flag code did not contain any provision, while the House measure states these people “must, nonetheless, show full respect… by standing at attention.”

The House bill also seeks to standardize the proper rendition of Lupang Hinirang in accordance with the musical arrangement and composition of Julian Felipe: in 2/4 beat when played, and within the range of 100 to 120 metronome, in 4/4 beat when sang.

The National Historical Commission of the Philippines will also be mandated to disseminate an official musical score sheet to reflect the correct way of singing the anthem.

The proposed flag code will also oblige the Department of Education, the Commission on Higher Education, and the Technical Education and Skills Development Authority to “ensure that the national anthem… shall be committed to memory by all students” of public and private schools.

The House bill also strikes out the current flag code’s prohibition on the display of the Philippine flag in front of “buildings and offices occupied by aliens.”

Under the proposed law, failure to observe the rules on the proper rendition of the anthem and display of national symbols will also lead to administrative discipline for the employees of all government offices and privately-owned entities displaying the flag.

The House announced the development in a Monday statement. With the approval of the law on third and final reading via a unanimous vote of 212-0, the measure now moves to the Senate for consideration.