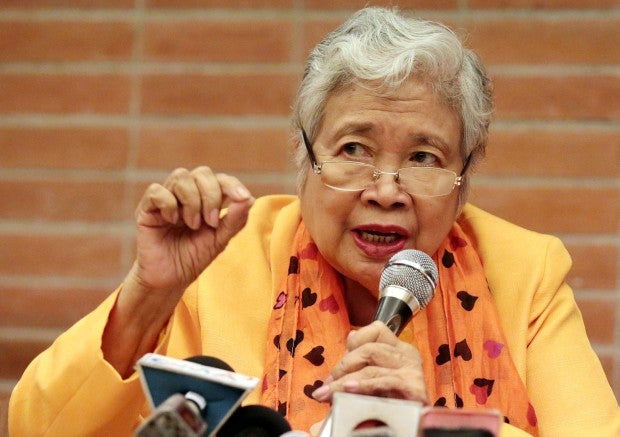 Public school teachers are neither underappreciated nor underpaid.

The perception is far from reality and is “rapidly disappearing,” according to Education Secretary Leonor Briones.

The amount is apart from the allowances, as well as performance, midyear and yearend bonuses.

Unlike nurses, policemen and soldiers, teachers enjoy a two-month paid leave during the summer vacation.

Briones’ defense of the government pay of teachers was a response to a commentary that little attention was given to teachers who had been unaccounted for since Islamic State-inspired terrorists from the Maute group laid siege to Marawi City on May 23.

According to her, the challenge facing the Department of Education now was not the pay of teachers but the continuing migration of private school teachers to the public school system.

“One wonders why is there migration if their pay is measly and inadequate,” she said.

On the reported 175 missing teachers in Marawi, Marjuni Maddi, assistant secretary for academics of the Autonomous Region in Muslim Mindanao, said authorities were actively trying to track them down.

Read Next
Ched: Worst fears over for K-12 program
EDITORS' PICK
Smart three-peats as country’s fastest mobile network – Ookla
Would the military allow me to stay this long if I’m inutile? – Duterte
In good spirits: SMDC helps farmers and residents through Kadiwa Market
Pre-order the new vivo Y20s [G] to get a free TWS earphone
65% of Filipinos say Duterte’s health should be made public – SWS
DSWD chief admits ‘slow start’ in distribution of aid in ‘NCR Plus’
MOST READ
Vico Sotto frets getting photos of ‘butt vaccination’ from Pasig dwellers
Metro Manila to have shortened curfew hours from 8 p.m. to 5 a.m. under MECQ
San Miguel Corp. continues to invest heavily in the Philippines’ future
COVID-hit Roque slams ‘un-Christian’ query on how fast he secured hospital bed
Don't miss out on the latest news and information.