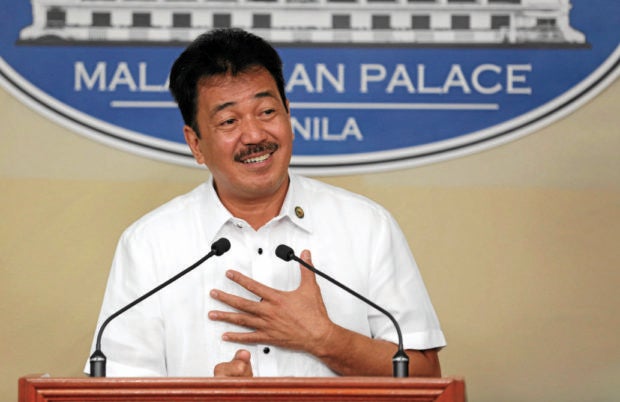 The “worst fears” about the government’s K-12 education reform program are over.

A massive drop in the enrollment of college freshmen hasn’t happened, according to the Commission on Higher Education (Ched).

“We’ve been doing this over two cycles already and there were some very interesting things that came out,” Commissioner Prospero de Vera III told reporters on Tuesday.

He said the government recorded a drop of only “20 to 25 percent” in the annual college freshman enrollment after the Department of Education (DepEd) included a two-year senior high school—regarded as general university courses—to the previous 10-year basic education program.

“The actual drop is a reduction of between 20 and 25 percent … the total number of students in higher education is a little over 2 million so about 20 percent of that is the annual drop,” De Vera said.

“The worst-case scenarios then was that private schools will start firing teachers … that there will be no new freshmen because there is no intake from high school,” he added.

“But remember, in anticipation of senior high, some private schools requested authority to accelerate students and this was approved by (DepEd) previously so there are graduates,” De Vera said.

“Even some public schools actually have programs that accelerate students … . As it turned out, there are (college) freshmen who are coming in plus there was a significant increase in freshmen who did not enroll previously but decided now to go to university,” he added.

De Vera said the CHEd budget for the K-12 transition program, which was intended to help affected faculty members, was “underutilized.”

The K-12 transition fund is meant to cover scholarships for affected faculty members who are interested in working for master’s or doctoral degrees, or those who lose their jobs and can be seconded to other government agencies, and for projects of universities that can help in the transition.

“[But] it’s also difficult to get 100-percent utilization (of the fund) because the university has to plan for [its] professors … . [It] cannot send all of them simultaneously to graduate school. There’s going to be disruption,” De Vera said.

“So we have to wait for the universities to [submit] their manpower plan and, only if they have a manpower plan can they designate who should be released to [take up] scholarships,” he said.

“Not all the universities have the same timeline for manpower plans. You cannot program exactly how many faculty members you will be sending and we’re dependent on applications,” he added.