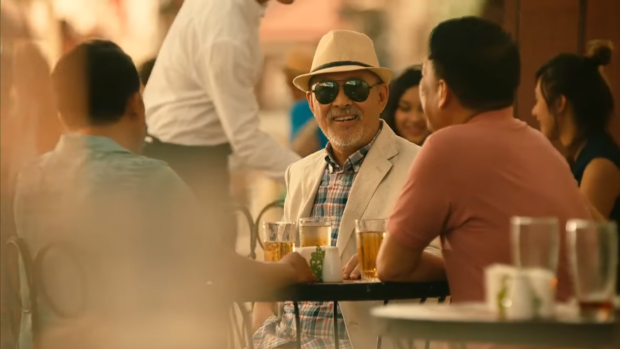 The Department of Tourism (DOT) has decided to cancel its P650-million contract with McCann Worldgroup Philippines over the controversial “Sights” tourism ad, which was allegedly copied from South Africa’s tourism campaign.

It also asked the Taguig City-based advertising agency to issue an apology.

Tourism Assistant Secretary Ricky Alegre made the announcement on Thursday, adding that the department would open the bidding for a new ad agency.

“After a diligent review of the ad materials in question, the Department of Tourism has decided to discontinue its partnership with McCann Worldgroup Philippines,” Alegre said in a news conference.

The Inquirer requested McCann Philippines chair and chief executive officer Raul Castro for a comment on the DOT statement on Thursday  but did not receive a reply.

On Monday, McCann took responsibility for the 60-second ad, saying “there has never been any intention to copy anyone’s creative work.”

“We acknowledge the feedback that the way this story was told may have similarities with the South African tourism campaign. It is unfortunate that the DOT has been called out and accused of plagiarism for work we have done to highlight the testimonial of [a] real retiree,” McCann Philippines director for corporate affairs Niña Terol  told reporters.

“We take full responsibility, as all ideas and storyboards presented were conceptualized by McCann,” Terol said.

Alegre said “Sights” would be pulled out and the first ad produced by McCann, “Anak,” would be reused for the meantime.

On Tuesday, the official said the DOT was standing by McCann, after the agency owned up responsibility for the ad. The next day, however, Tourism Secretary Wanda Teo wanted the complaints about the ad to be investigated, he said.

When asked what prompted the department to dissolve its contract with McCann, Alegre said they thoroughly reviewed the collateral in question and took note of the feedback of tourism operators.

“After listening to all the tourism stakeholders to which Secretary Teo is sensitive, after all this and exhausting all that we see online and offline, we figure that this is the way to move forward,” he said.

Alegre said McCann’s contract was passed on by the Aquino administration and the department was happy with its service until the fiasco.

Alegre said it was studying legal options to pursue if it would be proven that plagiarism was committed, especially since the department’s image was tarnished by the controversy.

The contract with McCann involved four commercials for 2017. The company was also to produce audio-visual presentations, radio commercials and print advertisements, as well as help upgrade DOT’s website.

With McCann out of the picture, the DOT announced that public bidding for the production of new ads would  be reopened.

The new ads “will be consistent with the current slogan, ‘It’s More Fun in the Philippines.’”

The department said it was looking for “fresh and original ideas” that would promote the Philippines as a tourist destination.

All further ads, including the third and the fourth that McCann was supposed to produce, will be contracted to different agencies.

“We’re going to look at an agency that can create one material at a time, it will vary depending on the terms of reference. This time it’s not bulk,” Alegre said.

This was not the first time the tourism department drew flak over alleged unoriginal tourism campaign materials.

In the early days of the Aquino administration, the DOT had been accused of copying the logo for its ad campaign of “Pilipinas Kay Ganda” from Poland’s “Polska.”

The “more fun” ad also had been criticized for being a copycat of the 1950s Swiss tourism campaign “It’s more fun in Switzerland!”