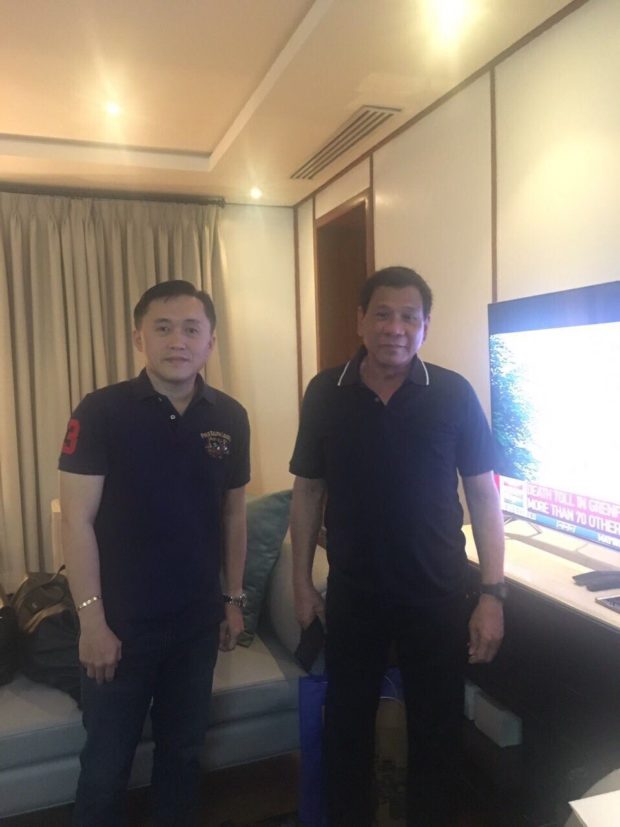 President Rodrigo Duterte (right) smiles and poses for a photograph with his top aide, Christopher ‘Bong’ Go, on June 15, 2017, to quell talk about his health after he missed the Independence Day rites on June 12, 2017. The photograph was taken at the Bahay ng Pagbabago (formerly Bahay Pangarap), Bong Go said. (PHOTO COURTESY OF BONG GO / MALACANANG PHOTO)

ILIGAN CITY — Malacañang on Thursday released two photos of President Rodrigo Duterte in an apparent bid to quell talks on the President’s state of health.

The opposition has been asking where the President has gone after making himself scarce the past few days, even skipping the Independence Day rites at the Rizal Park in Manila.

Speculations have swirled that his health could be failing although Presidential Spokesperson Ernesto Abella said he had taken the time off after a rigorous schedule last week.

Duterte had traveled to various military camps and also visited the wake of soldiers slain in the Marawi clashes since May 23.

Without providing much detail, Special Assistant to the President Christopher Lawrence Go released two photos of the Chief Executive on Thursday.

One photo showed Duterte reviewing some documents while the other one showed him and Go standing with a widescreen television behind them.

Go said the photos were all taken on Thursday (June 15).

Initially, it was not clear where the photos were taken but a source said the President has been staying Manila.  Later, INQUIRER.net quoted Bong Go as saying that they were all taken at the Bahay ng Pagbabago (formerly Bahay Pangarap).   SFM 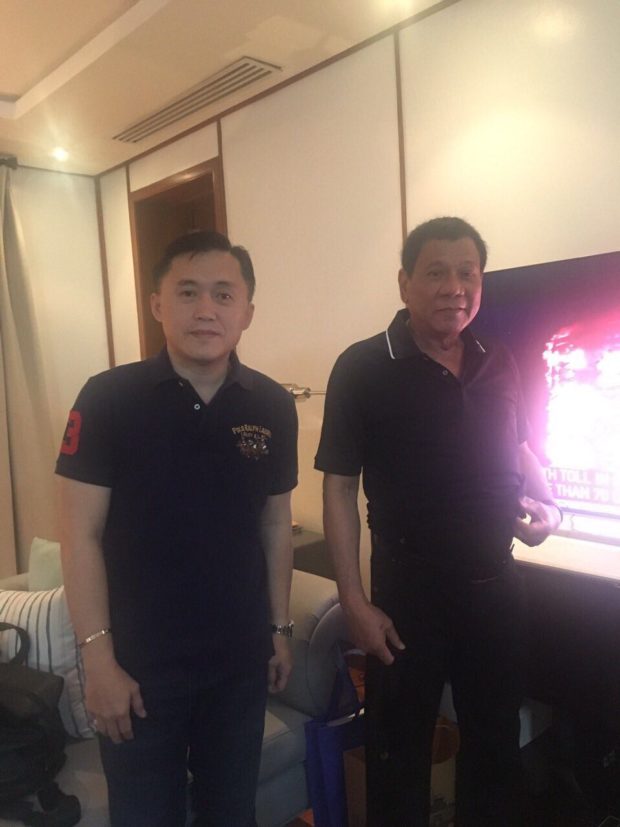 President Rodrigo Duterte (right) poses with his top aide, Christopher “Bong” Go for a photograph on June 15, 2017 at Bahay Pagbabago, folllowing days of speculation on his health after he skipped the Indpendence day rites on June 12, 2017. (PHOTO COURTESY OF BONG GO / MALACANANG PHOTO) 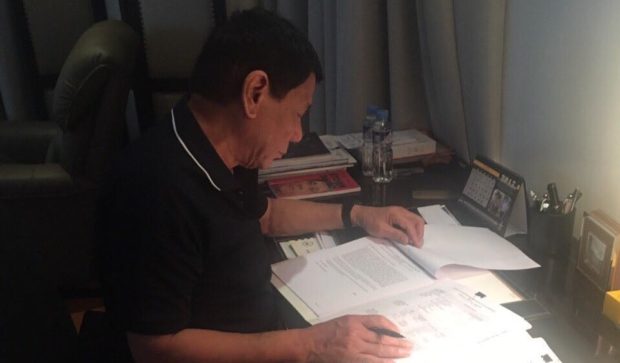 President Rodrigo Duterte studies papers submitted for him at Malacanang Palace on June 15, 2017. Malacanang released at least three photos showing the President alive and well to quell talk about his health after his sudden absence from the Independence Day ceremonies on June 12, 2017. (PHOTO COURTESY OF BONG GO / MALACANANG PHOTO)