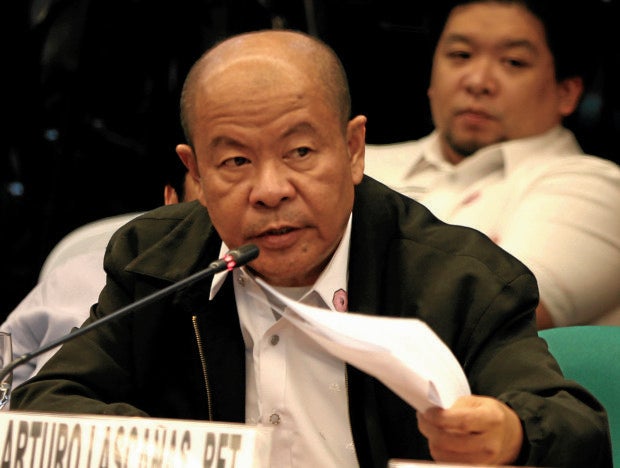 Early this year, Lascañas testified before the Senate tagging President Rodrigo Duterte as head of the Davao Death Squad.

The Bureau of Immigration in April confirmed that Lascañas has left the Philippines for Singapore.

In an interview with the Inquirer, he explained receiving threats as the reason for his departure. IDL

Read Next
Islamic State calls for Ramadan attacks in US, Europe
EDITORS' PICK
MyCitiHomes premiers PH’s first 3-star certified BERDE District residential development
House energy committee chair Arroyo bats for cheap electricity
NATO to boost troops on high alert to over 300,000
Beyond the Chocolate Hills: A farm-to-table, heritage culinary adventure of Bohol
Congress should review hajj coordination program – Hataman
Protests discouraged but OK if not near inauguration site – PNP
MOST READ
Duterte: It was correct for Bongbong Marcos to ‘decline’ presidential debates
Peso breaches 55:$1, now Asean’s worst performer
Enrile contracts COVID and snipes at critics, foes: ‘I am not going to die yet’
PH firm partners with US corporation to set up weapons assembly in Bataan
Don't miss out on the latest news and information.