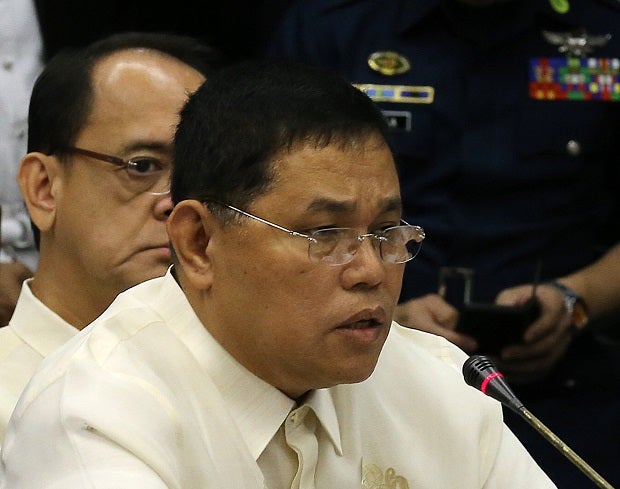 The pre-trial of the graft case of dismissed Philippine National Police (PNP) chief Alan Purisima was cancelled anew on Tuesday and has been reset to June 21 to give time for the defense to comment on the pre-trial order.

During the scheduled pre-trial hearing at the Sandiganbayan Sixth Division, the court gave the defense panel more time to study and comment on the draft pre-trial order before signing it.

The court  cancelled the pre-trial to give the parties time to stipulate  the facts of the case.

Purisima attended the hearing but refused to have interviews with the media.

During the pre-trial proper, both the prosecution and defense panels met for the marking of their exhibits of evidence and prepare the list of witnesses in preparation for the trial proper. Marking of exhibits happens during the preliminary conference.

Purisima, a friend of former President Benigno Aquino III, and 16 others were charged with one count of graft for acting allegedly with manifest partiality, evident bad faith and gross inexcusable negligence when they awarded the courier contract to the firm WerFast Documentary Agency, Inc.

The prosecution said Purisima violated Section 3(e) of the Anti-Graft and Corrupt Practices Act when he gave unwarranted benefit to WerFast.

Purisima entered into a memorandum of agreement (MOA) with WerFast and accredited the firm as the PNP’s courier service provider for all the firearms license applications despite its failure to comply with government regulations on courier services.

Earlier, Purisima and the other accused police officers were dismissed from service by the Ombudsman after they were found administratively guilty of grave misconduct, serious dishonesty and grave abuse of authority.

The officials were forfeited their retirement benefits and barred from being reemployed in government.

In ordering the graft charges, the Ombudsman said Purisima entered into a courier service contract with WerFast although the latter had no corporate existence and juridical personality when the PNP entered into a MOA in May 2011.

The Ombudsman found that no public bidding was conducted and that the MOA was entered into although WerFast lacked a track record as a courier service company.

Besides the WerFast case, the Ombudsman also filed graft and usurpation of powers charges against Purisima and sacked Special Action Force (SAF) commander Getulio Napeñas for violating the police chain of command in the botched Jan. 2015 anti-terror raid “Oplan Exodus,” which resulted in the deaths of 44 elite cops in Mamasapano, Maguindanao. JPV/rga