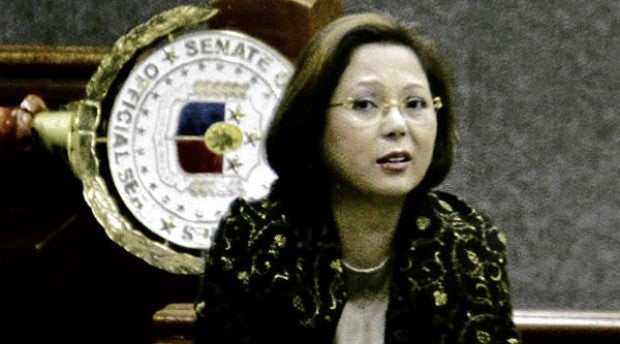 Undeterred by the denial of an earlier plea to dismiss the plunder case against her, lawyer Jessica Lucila “Gigi” Reyes asked the Sandiganbayan to be allowed to  post bail.

The former chief of staff of former Sen. Juan Ponce Enrile filed the plea on the ground that “no evidence of her guilt for the crime of plunder as charged by the prosecution exists.”

Reyes, represented by the law firm of Diaz del Rosario & Associates, said the bail motion should not prejudice her other legal options.

She said she is still thinking of appealing the Supreme Court to reverse the Sandiganbayan’s Jan. 3 and May 8 resolutions denying her motion to quash the plunder charge.

Through the unsuccessful motion to quash, Reyes asked the antigraft court to throw out the case information which she  alleged was  defective, confusing and vague.

Maintaining she should not be detained over defective charges, Reyes said she was never previously charged during her two decades in government service.

Moreover, she voluntarily returned to the Philippines in April 2014 after the charges against her were filed and was thus not a flight risk.

Also, Reyes said she could be detained indefinitely although the prosecution has not even proven her supposed guilt.

Reyes is accused of receiving kickbacks on behalf of Enrile in the P172.8-million plunder case.

The kickbacks were supposedly given in exchange for Enrile channeling his Priority Development Assistance Fund allocations to dubious foundations linked to suspected scam mastermind Janet Lim-Napoles.