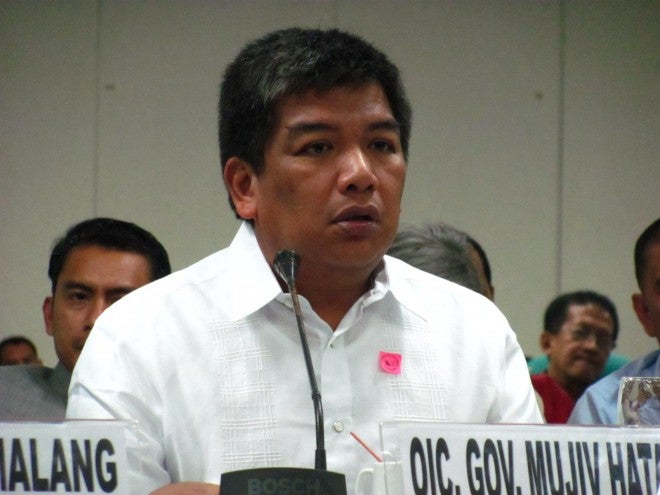 COTABATO CITY – Governor Mujiv Hataman of the Autonomous Region in Muslim Mindanao has condemned what he described as “acts of terror” committed against the people of Marawi City as he promised that immediate action would be taken.

“Words might seem useless right now, as no words can express what we feel as we share in the fear and anger of our people,” Hataman said in a statement.

“Marawi City is known as the Philippines’ Islamic City, but it is home to people of different histories, different beliefs. That these acts of terror are happening in a diverse community bound by mutual respect
and a shared commitment to peace is a travesty,” he explained Tuesday night.

“Any group who sows terror and then dares to say that they do it in the name of Islam should be ashamed. Any man who claims to fight for a just cause, yet dares to incite violence a few days before the Holy Month of Ramadhan is a monster whose words belie his actions,” Hataman added.

Armed men believed to be members of the Maute terror group and the Abu Sayyaf have been fighting with government forces since 2 p.m. Tuesday. President Duterte immediately declared martial law in Mindanao on Tuesday night, to prevent armed groups from attacking other major cities in the southern regions.