Marawi mayor, cops holed up at city hall; tension down but threat not over | Inquirer News

Marawi mayor, cops holed up at city hall; tension down but threat not over 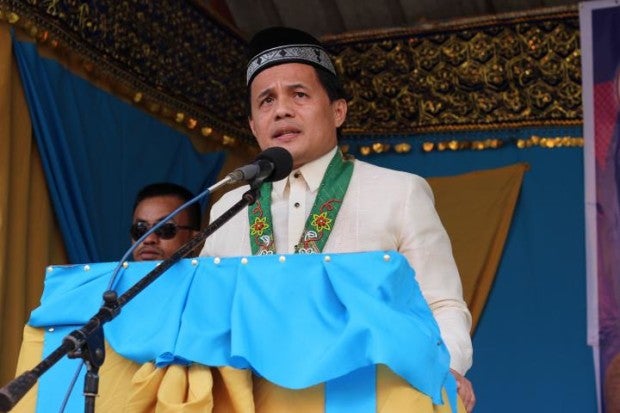 COTABATO CITY – Mayor Majul Gandamra said the tension in Marawi City has died down and gunshots have dwindled if compared to those of Tuesday night.

“The situation as of 8 a.m. has been under control. Tension is down, but I cannot say that Maute Group and ISIS are gone. I was told some of them left the city toward the towns surrounding the city,” he said in a phone interview.

Gandamra, who asked for more military reinforcements from the 103rd Brigade, said more soldiers were supposed to come over from Iligan City but a firefight has erupted along the way.

“So, delayed sila (They have been delayed),” he added.

“There are gunshots, sporadic, pa-isa-isa. Sporadic na lang,” he said.

Gandamra and personnel from Marawi City Police are now holed up at the city hall, as of Wednesday morning, a few blocks away from the scene of fierce fighting and burning of schools.

“The city hall is safe and secured although there are firefights around it,” Gandamra said. “I am in the city hall, we will not allow them to come in,” he said of the Maute Group.

On the number of casualties among civilians, Gandamra said reports have been confusing because people posted in the social media about teachers of Dansalan College being beheaded. “That is not confirmed, we have conflicting reports, I will not confirm that. The burning of the school and the St. Mary’s Church, yes, that was confirmed by the military too,” he said.  SFM