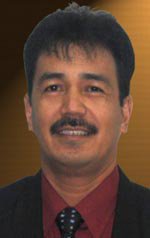 MANILA — The Commission on Higher Education (CHEd) is simplifying the implementation of the free tuition policy in state colleges and universities to ensure that poor but deserving college students will be covered this school year regardless of their year level.

CHEd Commissioner Prospero De Vera III said the commission has started the process of amending a vital provision in the implementing rules and regulation (IRR) of the policy in which college students enrolled in 114 state colleges and universities would be ranked solely based on their household income.

While those under the student financial assistance programs (StuFAPs) would remain a priority, the rest of the beneficiaries would be determined by this simplified bracketing, said De Vera.

He noted that in the IRR released in April, the first cut covered StuFaPs beneficiaries but selection for the rest of enrolled students per state college or university was according to their year level and their household income. The order of priority also came in this order: graduating students, junior, sophomore and freshmen or newly enrolled students.

“That adds confusion at the local level. The more the brackets, the more systems you create, the implementation becomes problematic because you give a lot of discretion to local authorities who might not have understood the IRR,” De Vera told the Philippine Daily Inquirer in an interview.

He said the amended IRR to take effect this coming school year would eliminate the complicated bracketing. “The ranking will now be income-based regardless of year level, starting availment from the poorest to those who can afford,” he explained.

De Vera said the amendment in the IRR came about following the commission’s approval of a resolution he filed to address concerns from students protesting the IRR’s provision on student prioritization.

He said they have started working on changes in the IRR to ensure that CHEd would follow President Duterte’s directive to prioritize poor but “academically able” students.

“[In the old IRR], it is possible that the 4th year student with a household income that is high will get first priority than a second year student who is poor because the bracketing is by year level,” he pointed out.

In a memo dated April 20, CHEd and the Department of Budget and Management outlined how the grant of the free tuition in 114 SUCs will be implemented in the school year 2017-2018.

The two agencies said the IRR has been aimed at ensuring proper enforcement of the special appropriation of P8 billion subject to the conditional implementation ordered by Mr. Duterte.  SFM