No takeover of gov't facilities in Marawi by Abus, Maute - mayor | Inquirer News

No takeover of gov’t facilities in Marawi by Abus, Maute – mayor 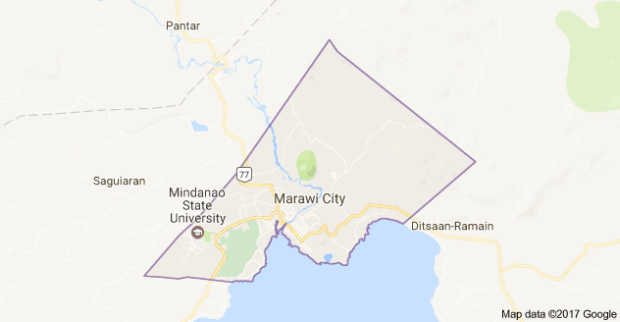 The Islamic State-linked Abu Sayyaf and Maute Terror Group have not taken over any government facilities in Marawi City, contrary to reports circulating online, the city mayor said on Tuesday night.

A police report said they have received information that militants raised the IS flag in a government hospital and attacked the city’s police station.

While the mayor denied of any takeover the terrorist groups, he said there were attempts to do so.

“Doon sa in-occupy na jail or police station, may communication with the chief of police sabi wala naman. Merong mga attempt na may areas na andun ang presence ng grupo. Pinaparamdam nila ang kanilang presence (On reports that the terrorists occupied a jail facility or a police station, we contacted the chief of police and he said there’s no such thing. There have been some sightings of armed groups in some areas), ” Gandamra said.

“Ang mga residente kinausap ko through radio dahil may konting security problem, na mag-stay muna sila sa mga bahay nila (I called on  the residents of the city through the radio to stay indoors because we have a slight security problem here),” he said.

Lt. Col. Jo-ar Herrera, spokesperson of the Army’s 1st Infantry Division, said that they have still to validate the information about the reported takeover on government facilities.

A staff from the local government of Marawi whom the INQUIRER.net spoke to said that the Amai Pakpak hospital was “invaded” by the terrorists.

“Our contact at the hospital has informed us that they were advised by the ISIS members to vacate the hospital within 5 hours,” she said.

Fighting between the government troops and combined members of the Abu Sayyaf and Maute Terror Group erupted around 2 p.m. in Brgy. Basak Malutlut.

The military said they launched an operation after they received information that around 15 armed men were spotted in the area. Five government troops have been wounded from the fighting so far.

Residents, meanwhile, took to social media that the members of terrorist groups have been in the streets of the city. Some posts were even uploaded with photos.

Some reported of the burning of Marawi City jail and the Dansalan College, police patrol car while an IS flag was being waved. But these reports could not be verified as of posting time.