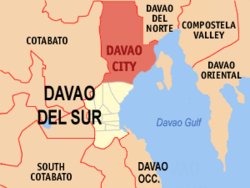 MANILA — The Duterte administration plans to fast-track the rollout of the P120-billion initial phase of the Mindanao Railway project that will connect the southern island’s major cities.

The Department of Transportation last week submitted to the National Economic and Development Authority the feasibility study for the 100-kilometer “high priority” first phase of the railway that will run through Tagum, Davao and Digos Cities in the Davao regions, NEDA Undersecretary Rolando G. Tungpalan said in an interview last Friday.

“We will have a special ICC [meeting] on account of high priority [of the Mindanao Railway project]… We might call for a joint [NEDA ICC] technical board-Cabinet [committee meeting] by early June,” Tungpalan added.

Tungpalan said they would like to have the project approved by the NEDA Board, chaired by the President, during a meeting tentatively scheduled for June 13.

Tungpalan said the Mindanao Railway project would be funded under the national budget to fast-track rollout. “We are not committing this to any ODA [official development assistance].”

The NEDA official said the “circumferential” phase of the railway would be prioritized due to “high traffic” in the island’s major cities, although there was also a plan to have it branch out to the Zamboanga peninsula.

NEDA earlier said the proposed 2,000-kilometer Mindanao Railway would connect the island’s growth centers through the construction of modern railroad tracks, operation of state-of-the-art rolling stocks, and the construction of terminals in strategic areas where trading posts will likewise be established.

The railway system would traverse a series of cities and provinces to form a Mindanao-wide rail network, as well as will link itself to major ports and other gateways in the island, NEDA earlier said.

Besides the Tagum-Davao-Digos section, it will extend to also connect key Mindanao cities such as Butuan, Cagayan de Oro, General Santos, Iligan, Surigao and Zamboanga, according to NEDA.  SFM/rga