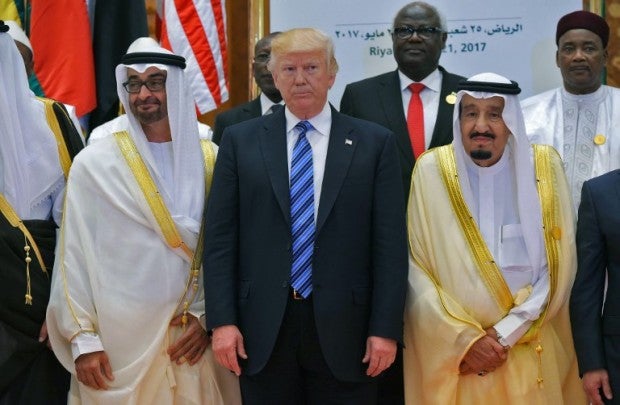 “The Iranian regime has been the spearhead of global terrorism since the (Ayatollah Ruhollah) Khomeini revolution” in 1979, King Salman said in a speech to leaders including US President Donald Trump.

“We did not know terrorism and extremism until the Khomeini revolution reared its head,” he said.

Saudi Arabia was also determined to “eliminate the Islamic State group”, the king said of the Sunni Muslim jihadist organization.

The Saudi leader’s speech came minutes before a highly anticipated address by Trump, who arrived in the Sunni kingdom on Saturday on his first foreign tour since taking office.

The United States and Saudi Arabia on Saturday announced an arms deal worth almost $110 billion, described as the largest in US history.