No politics for Robredo in 1st episode of radio show 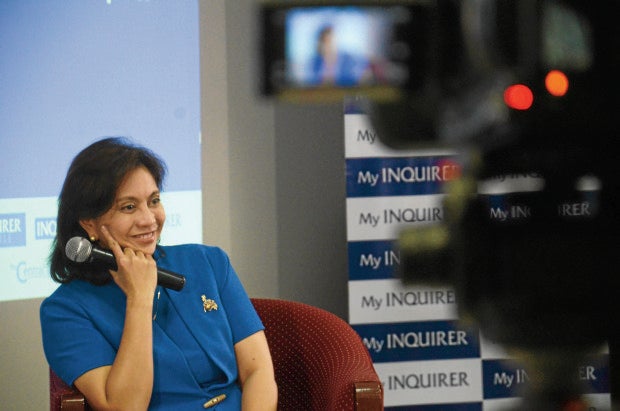 MANILA — It was a pilot episode of a radio program devoid of any political talk, where Vice President Leni Robredo focused on discussing issues concerning parenthood and family nutrition.

Robredo urged parents like her to spend “quantity time” with their children and not just “quality time.”

“Nothing will ever take the place of the time you spend with your children. Some working mothers I know would say that giving their children quality time is okay. But I tell them, no. Quality time is not okay. It should be quantity time, which means parents should spend all the time they could with their children,” Robredo said on Sunday, Mother’s Day.

The Vice President is the widow of the late Interior Sec. Jesse Robredo. They have three daughters.

Robredo said that parents should “include their children in the story of their lives.”

“Children should be able to understand how difficult life is so that they would learn to appreciate what their parents do,” Robredo said.

Robredo shared that while her daughters felt their anchor was lost with the death of their father, they learned to adjust to the challenges the loss brought.

Children would adapt to any situation, Robredo said. Her eldest daughter, Aika, became her co-parent. Robredo said she observed that her two younger daughters, Tricia and Jillian, “suddenly became grown ups” after losing their father.

Inevitably, the conversation touched on the travails of Filipino parents working overseas.

Robredo said government would be able to contribute greatly to Filipino families if jobs were made available in the country, and parents would no longer have to seek employment abroad.

On nutrition, Robredo continued to express concern over the stunted growth of many Filipino children living in remote communities in the country.

She said she had once filed a bill in Congress that aimed to make barangay nutrition scholars and barangay health workers permanent government employees and not just volunteers, to allow them to reach more families and teach them proper nutrition.

The hour-long radio program of Robredo will air every Sunday over RMN-DZXL. It comes as the Vice President once again experienced a dip in her trust ratings.