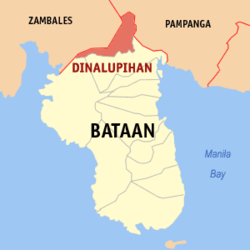 OLONGAPO CITY — Agents of the National Bureau of Investigation has arrested the alleged leader of a multi-million-peso pyramid scam that has reportedly duped victims in Northern and Central Luzon.

Jay Rex Armodoval, 38, is described in the police report as a businessman and a movie producer, who has been operating Omni Inc., a multi-level marketing company based in Manila that was established in 2009.

He and seven other people were caught during an entrapment operation carried out by the NBI Olongapo District Office at a restaurant in Dinalupihan town in Bataan province, on Friday (May 12Armodoval and his companions were accused of large scale estafa for luring potential investors to their venture with false promises of lofty regular income and high returns within a 23-day cycle, said Norman Revita, NBI special investigator III.

Revita said Armodoval and his companions had supposedly fooled people into investing up to P150 million.

“The suspects have conned people in Baguio City and Olongapo City. After pooling money from their recruits, the suspects fled and transferred to another location,” Revita told the Inquirer.

“We set up the entrapment operation after validating reports that the company has opened an office in Balanga [town also in Bataan],” Revita said.

Armodoval was caught accepting marked money worth P1 million from an undercover NBI agent during the entrapment.

Armodoval and his companions, who denied the accusations, are currently detained at the NBI office here while appropriate charges are being readied against them at the Provincial Prosecutor’s Office in Balanga City.  SFM

Read Next
Fire hits Yokohama tire factory along NLEX
EDITORS' PICK
Beyond the Chocolate Hills: A farm-to-table, heritage culinary adventure of Bohol
MyCitiHomes premiers PH’s first 3-star certified BERDE District residential development
‘Crash Landing on You’ couple confirms pregnancy
Enrile contracts COVID-19: ‘To my critics and enemies, I am not going to die yet’
Metro Manila’s COVID-19 positivity rate jumps from 3.9% to 5.9% — OCTA
House energy committee chair Arroyo bats for cheap electricity
MOST READ
Duterte: It was correct for Bongbong Marcos to ‘decline’ presidential debates
Enrile contracts COVID and snipes at critics, foes: ‘I am not going to die yet’
Russia steps up missile strikes on Ukraine as G7 leaders gather
Dennis Padilla answers Leon Barretto’s open letter: ‘Been reaching out to you for 15 years’
Don't miss out on the latest news and information.