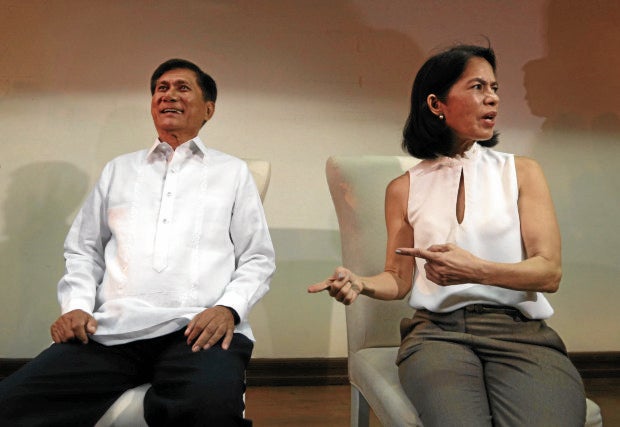 TACLOBAN CITY, Leyte—The newly-appointed Environment Secretary Roy Cimatu should not ignore or reverse the positions earlier taken by his successor but instead follow, or better still, strengthen them.

This was the call of the at least 200 members of the Philippine Movement for Climate Justice (PMCJ), based in this city, as they staged a protest at the regional office of the Department of Environment and Natural Resources (DENR) in this city on Friday afternoon.

The group held a protest at the University of the Philippines-Tacloban Campus which is just across the DENR office.

Larry Pascua, regional coordinator of the PMCJ, said that while they were aware that Cimatu had links with one of the country’s mining companies, they hoped that he would  protect the country’s interests.

READ: Cimatu takes DENR helm, promises to listen to all

He said Cimatu, former chief of staff of the Armed Forces of the Philippines, was involved with the mining company of the Alcantara family, Alsons Consolidated Powers, which is affiliated with the company of the family of Finance Secretary Carlos Dominguez.

Pascua said that while they were not totally against Cimatu’s appointment, they hoped that he would follow the orders issued by his predecessor, Gina Lopez.

READ: Lopez to supporters: Give Cimatu a chance as DENR chief

These orders include the suspension of 11 mining companies and the mining audit Lopez initiated during her term as DENR secretary.

“We will keep a close watch on him. The gains and decisions made during the leadership of Secretary Lopez should be continued, if not, strengthen by Secretary Cimatu,” Pascua said.

Pascua also said that they were confused by President Rodrigo Duterte’s move to appoint Cimatu just days after Lopez was rejected by the Commission on Appointments.

He said that while Mr. Duterte had praised Lopez, he did not also make any move to ensure that Lopez would retain her post as DENR secretary.

“We are not only disappointed but also doubtful of his sincerity,” Pascua said./rga