MABALACAT, PAMPANGA—The suspected pedophile could see people banging on his front door. But were they neighbors? Cops?

One had letters on her jacket.

As David Timothy Deakin googled “What is NBI?” from the laptop on his bed, National Bureau of Investigation agents smashed their way into his cybersex den.

Penciled on the wall, someone had scrawled “My Mom and Dad love me.”

On his computer were videos and images of young boys and girls engaged in sex acts.

“Why is everyone asking about children coming into my house?” said Deakin, 53, bare-chested and slick with sweat, his breath sour and glasses foggy, his wrists bound with a zip tie.

Deakin’s arrest on April 20 shows one of the darkest corners of the internet, where pedophiles in the United States, Europe and elsewhere pay facilitators in the Philippines to sexually abuse children, even babies, directing their moves through online livestreaming services.

The FBI says it’s epidemic, and that at any given moment, 750,000 child predators are online.

There have been as many as three busts a week in the Philippines this spring. The youngest victim ever, rescued a few weeks ago, was an infant, 2 months old. Most are under 12. 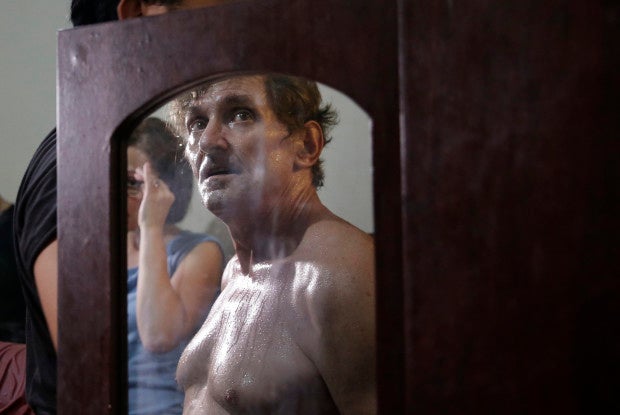 ‘We will put them in jail’

This spring The Associated Press (AP) watched a raid, rescue and launch of a major investigation that continues to play out on both sides of the world.

“This should serve as a warning,” said NBI antihuman trafficking chief Janet Francisco, who led the case. “We will really put them in jail and they will die in jail.”

Even as police burst in, Deakin was streaming illicit content through the anonymous Tor network.

Agents said he had a webpage open to wipe his phone clean.

They tied him up with an iPhone charging cord before he could hit the button.

AP and investigators asked him repeatedly why he had the obscene images stored on his computer.

But he said the images and videos might have slipped in when he downloaded massive files using BitTorrent, a data tool used legitimately by academics and artists, but also by child pornographers.

Deakin said he grew up in Peoria, Illinois, in a splintered family.

He was licensed as a roofing contractor in his 30s, seasonal work that left winters free; he used the time to study computers.

He moved to the Philippines in 2000 for a job setting up internet service providers and installing Blackmagic livestreaming production programs.

In recent years, Deakin said, he earned $30 an hour as a systems administrator.

But his home was filled with junk, his refrigerator near empty. Stacks of used egg cartons fell from the shelves, and a half-eaten pot of cold rice sat on the stove.

“You know what you’ve done in this room,” an investigator told Deakin.

She showed him a photo of several children.

Shrugging, he said one of them was probably a few doors away with her cousin.

AP did not interview the girls Deakin told police about; victims of such raids need immediate and long-term counseling and care.

But in the tranquil garden of a shelter for sexual exploitation survivors 96 kilometers south of Deakin’s town house, 19-year-old Cassie described her ordeal. AP did not use her whole name to protect her privacy.

The youngest daughter in an impoverished family, Cassie believed the man who came to her village promising a better life if she’d go to the city with him. She was 12.

Within months the man bleached her dark skin, straightened her hair, and began waking her at 4 a.m. to work.

“He needed some girl to show her whole body in front of the camera,” she said.

The abuse ended when her older sister found out and went to the police.

Some buyers try to brush off the abuse, saying they’re not directly touching the children. 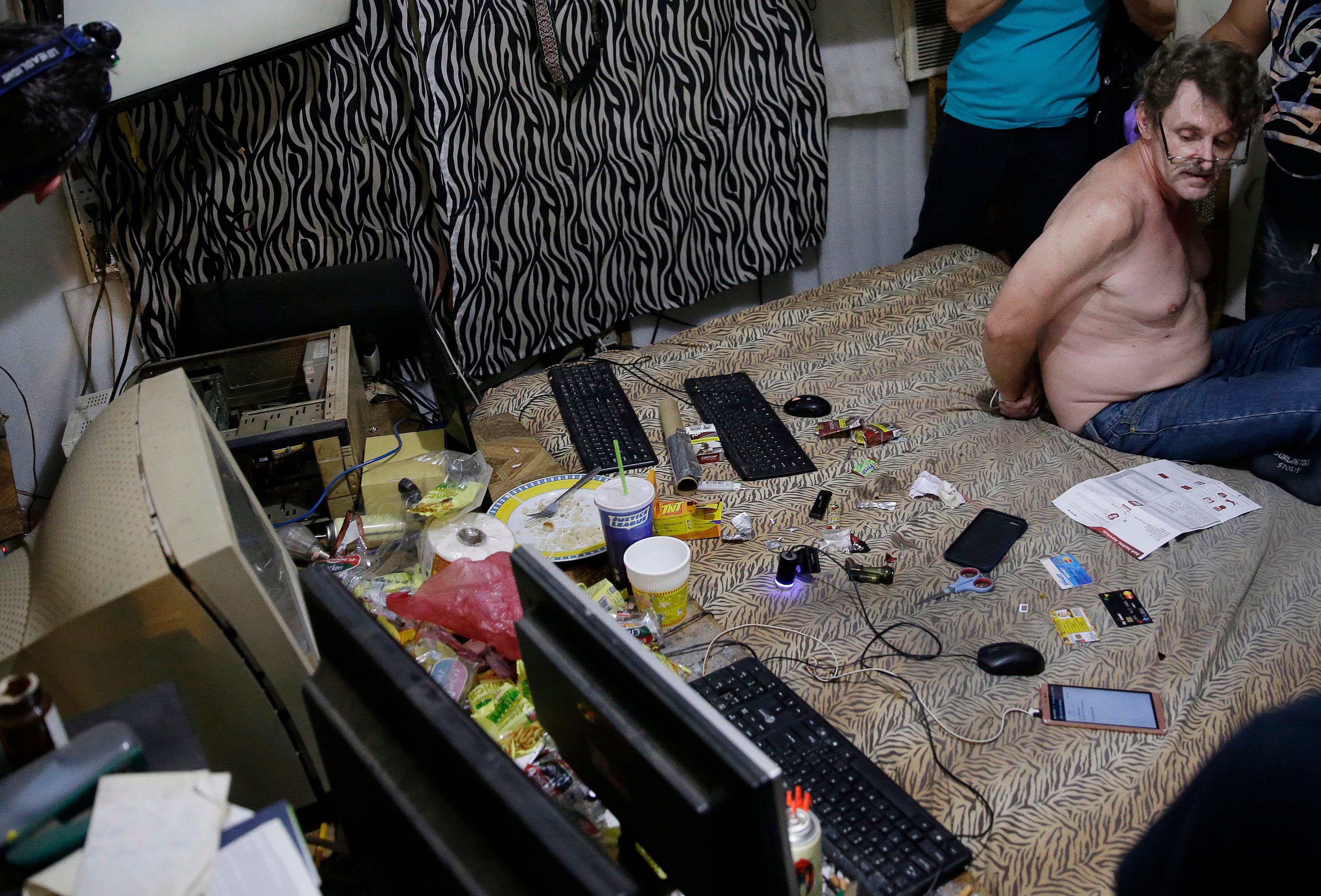 GOTCHA A suspected cybersex operator, American David Timothy Deakin, is caught by National Bureau of Investigation agents in a house in Mabalacat, Pampanga province. The United Nations has described as alarming the growth of new forms of child sexual exploitation online. —AP

They took the fake girl on chat groups and online forums. Pedophiles swarmed.

In 10 weeks, analysts identified 1,000 men in 71 countries who had tried to get illegal images.

The proliferation of crimes, along with new mandatory reporting, led to 8.2 million reports last year to the National Center for Missing and Exploited Children’s CyberTipline related to online child sexual exploitation.

That compares with 8.3 million reports in the 17 years prior.

Officials at both ends of the abuse agree they need to collaborate to stop it, and last month the United States committed $3 million.

Deakin’s bust turned out to be one of the largest seizures of its kind in the Philippines.

His Cherry Mobile Touch HD tablet—which can be wiped clean and reset with a four digit code—had more than 4,000 contacts.

One computer had another 13 networked into it, from servers he said were around the world. There were 30 hard drives.

Neighbor Bessie Geronimo was teary-eyed. She’d seen children going in and out. Now, she wondered, could she have intervened?

“Oh, I pity those children,” she said.

Authorities from a village police substation said a housekeeper filed a complaint against Deakin last year: He wasn’t paying her, she said, and she was worried about what he was doing with children in the bedroom with the door closed.

They visited his house but had no authority for a raid.

“There are many such places,” said the security officer, Mike Wood. —AP