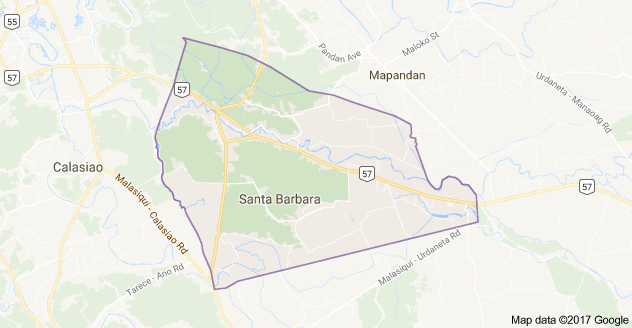 DAGUPAN CITY — A former policeman was killed, while two others were injured in a gun attack in Santa Barbara town in Pangasinan province.

Benson Mamerto, 36, a former policeman assigned in San Nicolas town, was driving his sport utility vehicle on the east-bound lane of the highway in Barangay (village) Minien West at 2:45 p.m., Sunday (May 7), when he was shot multiple times by gunmen on a motorcycle.

Mamerto suffered several gunshot wounds in the different parts of his body. He died while being taken to a hospital in Urdaneta City.

His companion, Apple Joy Padua, 27, was also hit, but  survived the attack. A bystander, Louie Fabro, 33, was struck by stray bullets. Both were being treated in a hospital.

Police said investigators had been working to identify the killers and establish the motive of the killing. They were also trying to find out when and why Mamerto was separated from police service.

Mamerto’s body had been taken to his house in Asingan town.  SFM/rga