De LIma backs restrictions on US arms sale to PH 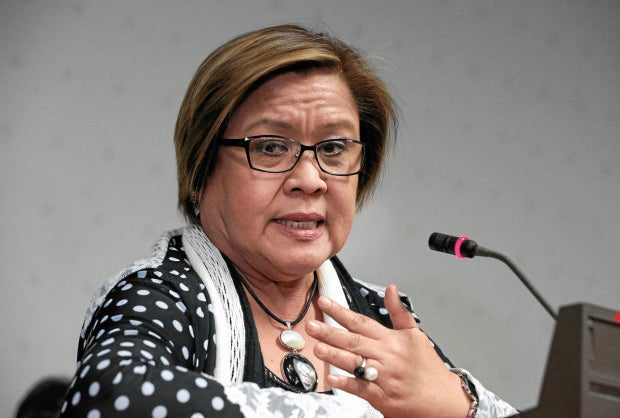 Detained Sen. Leila de Lima supports the call of United States senators to restrict the sale of guns and other armaments to the Philippines purportedly because of President Duterte’s drug war.

“I support the bipartisan efforts in the US Senate to introduce such important piece of legislation to hold our law enforcement authorities accountable [for] the thousands of human rights violations committed under the all-out war on drugs,” De Lima said in a statement.

“We cannot allow the state to oppress its critics and from using arms to curtail our fundamental rights,” she said.

De Lima said the proposed measure, introduced by US Senators Ben Cardin and Marco Rubio, would help “put an end to this national nightmare.”