Bring it on, Leni tells detractors 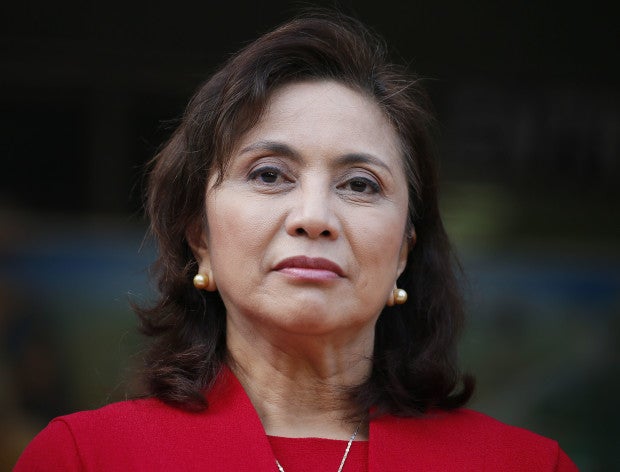 Amid attempts to unseat her, Vice President Leni Robredo told her detractors to keep the criticisms coming as she was not bothered by the allegations against her because these were not true.

Robredo made this statement on Saturday at a forum at St. Theresa’s College in Quezon City, where she denied being a power-hungry official who was after President Duterte’s position.

The Vice President acknowledged that the members of the opposition still have to find “one solid voice” although she expressed confidence that they would soon be galvanized.

“Historically, Filipinos would always want to give the President a chance also… [But] many are not contented with what is happening. That is why I am always saying that we have to be united, to be engaged,” she said.

“They frame it as an ambition for the position,” she said, referring to the presidency.

Her detractors, she added, were saying that the opposition could not move on from the results of last year’s elections.

In fact, it was Robredo who had to deal with two attempts to kick her out of the vice presidency in a single day last week.

Hours after she paid the first tranche of the P15-million deposit required by the Presidential Electoral Tribunal (PET) for her counter-protest against the dictator’s son, Ferdinand “Bongbong” Marcos Jr., on Tuesday, supporters of Mr. Duterte tried to file an impeachment complaint against her at the House of Representatives.

“I just said ‘Wow, keep them coming,’” Robredo said. The Vice President said she was not bothered by the allegations because she knew all these were untrue.

Robredo said her greatest fear for the country was the “death of democracy and the weakening of [the country’s] institutions.”

“I think the very essence of democracy is to have a very strong institution, to make sure that it is the voice of the people being heard. And having said that, I think that it is really incumbent upon all of us to become engaged,” she said.

People should “not allow the bad to prevail over the good,” she said.

The Vice President said she was still looking forward to speaking with President Duterte.

She said the dinner invitation Mr. Duterte had extended to her has yet to be followed up by Malacañang.