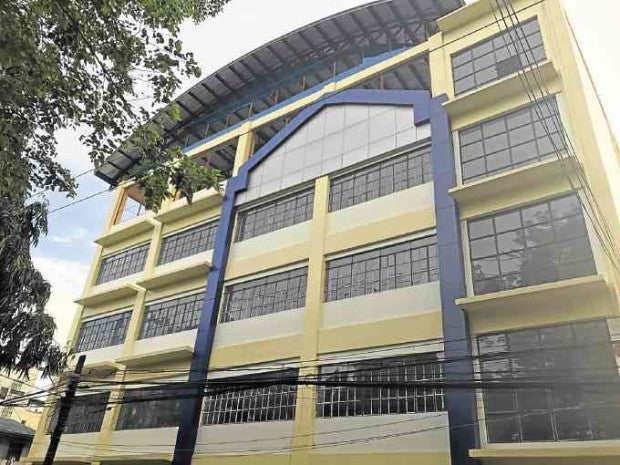 San Juan’s newest school is ready for occupancy. The only problem is that it was ordered closed by the DepEd before it could open. —PHOTO BY JODEE A. AGONCILLO

A four-story school building in San Juan City built at a cost of P38.8 million has remained idle for over a year after the caretaker found bullets believed to be from the nearby firing range of Camp Crame on the campus grounds.

But the son of the congressman who funded the project through his Priority Development Assistance Fund (PDAF) thinks that politics, not safety concerns, may be the reason why West Crame Elementary School on 1st Street West Crame remains closed.

In a recent interview, Department of Education (DepEd) San Juan acting schools division superintendent Joel Torrecampo said that the four-story West Crame Elementary School, although fully furnished and ready to welcome students, has yet to be utilized.
Not-so-ideal location

In fact, even before the school could open, its closure was recommended by Education Secretary Leonor Briones on Nov. 25, 2016, because “the location [was] not conducive to learning and [the] site was originally intended for the city’s housing project under City Resolution 82.”

In his letter to San Juan Mayor Guia Gomez in February, Torrecampo requested that the building, which had been accepted by DepEd, be “transferred to the local government for its proper determination of usage.” To this date, however, he said he had yet to receive a reply from the mayor. 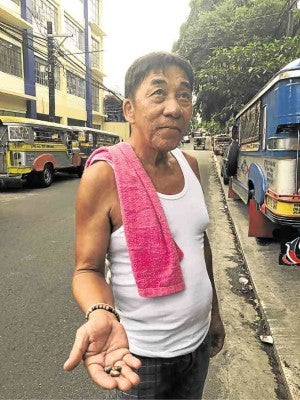 Robert Ochoa shows some of the slugs recovered from the building’s rooftop.—PHOTO BY JODEE A. AGONCILLO

The school building funded by the PDAF of Rep. Ronaldo Zamora is located on a 741-square-meter lot bought by the city government in November 2011. The school gates are located right across the street from the Philippine National Police firing range, around 50 meters away.

When the project’s first phase was completed in 2015, it was turned over to then acting DepEd schools division superintendent Jenilyn Rose Corpuz. Torrecampo accepted phase two upon its completion in May 2016.

The four-story building, which can accommodate 750 students, has 20 classrooms and a gym at the rooftop.

Each classroom is equipped with eight fluorescent lights, two electric fans and two blackboards. There are toilets for male and female students on each floor.

West Crame Elementary School was supposed to cater to the city’s students who would be displaced by the projected closure of a nearby school under the jurisdiction of the Quezon City government, Torrecampo said. The school, however, remains open.

“I have been here since the building was finished. It’s such a waste that it has remained closed. The building is beginning to show signs of disuse. Meanwhile, I have to stay here to stop robbers or trespassers,” said Roberto Ochoa, the building caretaker.

Ochoa showed the Inquirer several of the 20 bullet slugs that were found on the rooftop during and after the building’s construction.

Although no one has been hit by a stray bullet in the area, the discovery prompted the PNP to raise the height of the firing range’s perimeter fence from 3.2 meters to 6.2 meters. Work began last Feb. 14 and is expected to be completed within six months.

The DepEd, however, sees another potential obstacle to operating the school, saying the lot where it stands was originally meant for a housing project for informal settlers.

“The problem was brought up only after the project was completed,” Torrecampo said in his letter to Gomez. 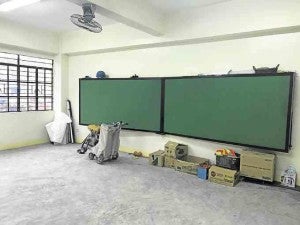 The equipment is already there. All that’s missing are the students.—PHOTO BY JODEE A. AGONCILLO

“Until the problems are solved, we cannot order the opening and the turnover of the school as it would be dangerous for the students,” he added.

In a previous interview, Gomez had said the school’s construction “was not the city’s decision.”

“When it was constructed, they probably did not notice that it was located right in front of a firing range,” she pointed out.

“There’s no recommendation yet from the DepEd. I think it’s up to the DepEd to decide if the school will be safe for the students or if there will be enough enrollees,” Gomez added.

“It’s the DepEd which will decide. Up to now, the school has not been turned over yet to anyone, but if it would be turned to us, we are not sure yet what to do with it,” she said.
Politics involved?

To Zamora’s son, former San Juan Mayor Vice Mayor Francis Zamora, the issue has something to do with politics.

He and Gomez were allies until he claimed he and his father were dumped to ensure that the Estradas would remain in control of the city.

The younger Zamora ran for mayor against Gomez in last year’s elections only to lose.

“Congressman Zamora and I were happy that West Crame will have its own elementary school. It is one of the barangays with the highest population but it’s unfortunate that many San Juan students have to attend school in Quezon City,” he said.

Zamora went on to say that this was the first time he had heard of stray bullets in the area. “I’ve been [serving the city] for years but nobody was reported wounded or killed on West Crame Road. I find it amusing. The trajectory of the bullets is not toward the school. If the issue was true, all the residents should have been told to evacuate,” he said.