Sajid Ampatuan denies wrongdoing after being slapped with 161 raps 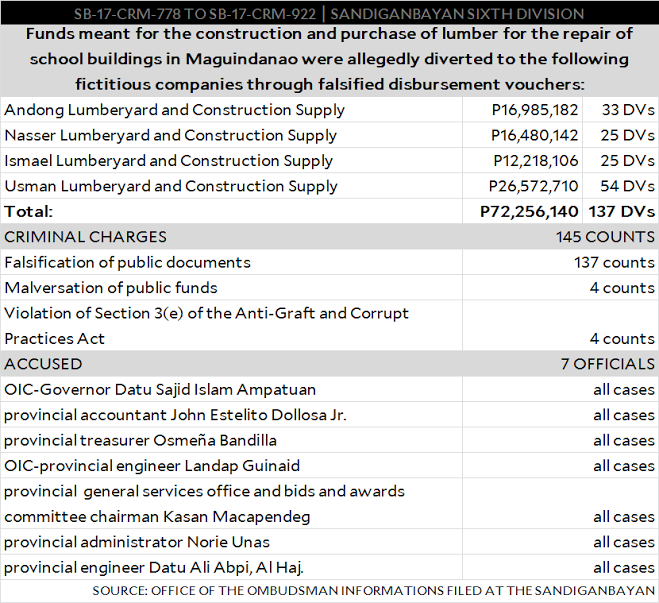 Details of the 161 criminal charges filed vs Sajid Ampatuan over ghost projects in Maguindanao. (PHOTO BY VINCE NONATO / INQUIRER)

MANILA — The camp of former Maguindanao officer-in-charge Datu Sajid Islam Ampatuan has broadly denied the Ombudsman’s allegations that he failed to implement several projects in the province in 2009 and that he misused the funds earmarked for the materials.

“We claim that all those contracts or procurements passed through the regular processes of procurement, bidding and audit,” the Ampatuan camp said in a statement coursed through lawyer Gregorio Marquez.

Ampatuan could not comment on the 161 criminal charges filed recently at the Sandiganbayan due to the sheer volume of the documents. But his camp described the indictment by state prosecutors as “mere allegations.”

“The complaints are mere allegations and … must be proven beyond reasonable doubt,” read the statement.

As OIC-governor of Maguindanao, Ampatuan and several other provincial officials were accused of falsifying the statements of work accomplished (SWAs) for eight projects worth P23.36 million.

After the SWAs were approved, contracts for the supply of fuel purportedly for the projects were awarded to a gas station owned by his brother Datu Andal Ampatuan Jr. allegedly without public bidding.

Ampatuan and his officials were also accused of misappropriating P72.26 million meant for the repair of school buildings by making out the disbursement vouchers to four lumber companies that allegedly turned out to be nonexistent.

Ampatuan was one of the prime suspects in the Nov. 23, 2009 Maguindanao massacre, where 58 persons including 32 media workers were killed in one of the worst election-related violence and press killings in history. He is out of detention on an P11.6-million bond because evidence against him was not strong enough to deny him the right to bail. He tried to run for mayor of the provincial capital of Shariff Aguak in May 2016, but lost.  SFM/rga 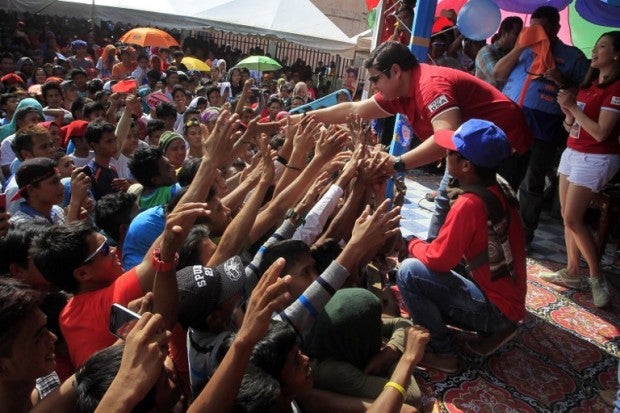 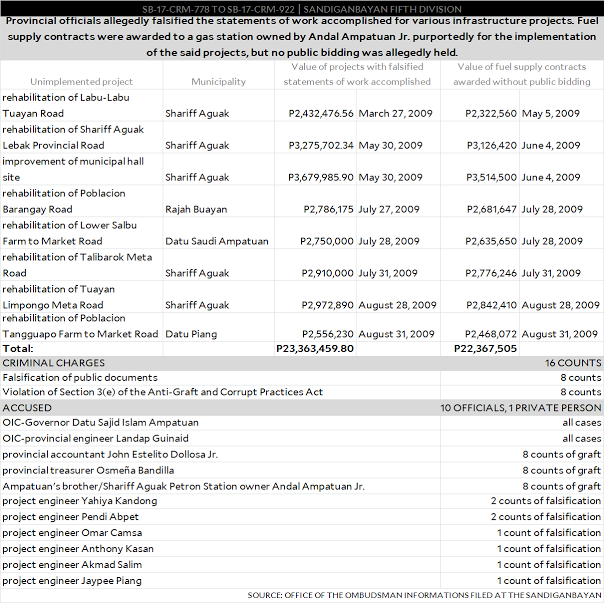 More details of the 161 graft cases filed against Sajid Ampatuan over ghost projects in Maguindanao. (PHOTO BY VINCE NONATO / INQUIRER)