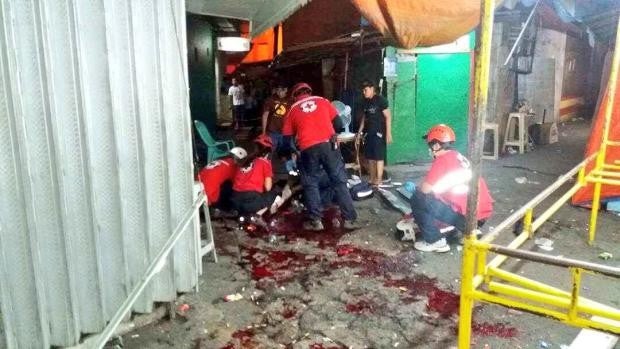 The Philippine National Police (PNP) this morning downplayed the claim of the Islamic State in Iraq and Syria (ISIS) that it was behind the blast in Manila that left 14 people injured while the 30th Association of Southeast Asian Nations (Asean) summit was ongoing in the capital.

Director Oscar Albayalde, National Capital Region Police Office chief, said that there was still no evidence that the bombing incident on Friday night in Quiapo, which is about 6.5 kilometers from the summit venue, was a terrorist attack.

“We will not comment on the alleged ISIS claim on the Quiapo explosion until we confirm with certainty that such claim was really made by them. So much so there are no confirmed reports on any presence of members of  ISIS in the country,” Albayalde said in a statement.

ISIS claimed responsibility for the bombing through its news agency, the Amaq News Agency.

However, Albayalde said the evidence that the police gathered so far, including testimonies from witnesses and physical evidence recovered from the crime scene, did not indicate that the explosion was connected with any terrorist or threat group.

“We maintain that this incident is nothing but a local peace and order concern involving feuding gangs or persons in the Quiapo area. As in the past, several similar incidents transpired in the said area already,” Albayalde said.

“It would also appear, that again, as in several instances of acts of violence or disruption of peace and order in other countries, the ISIS is grabbing the opportunity to promote their cause and interest, and gain global recognition by claiming outright responsibility for the said explosion,” he added. CBB/rga