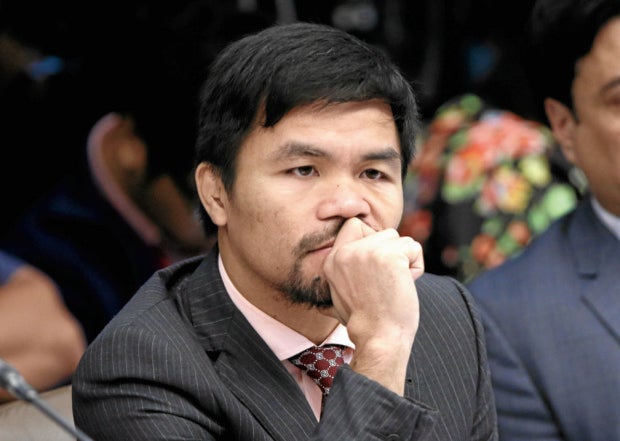 It ain’t over yet, boxer-turned-Senator Manny Pacquiao said of the proposed reimposition of the death penalty in the country.

(“The fight is not yet over. It’s hard to comment on or give any conclusion about that issue since it has not been discussed yet on the floor.”)

He was reacting to Senate Minority Leader Franklin Drilon’s claim that the death penalty bill was already “dead” at the Senate as 13 of 24 senators were likely vote against it.

Pacquiao, who has filed a bill on the death penalty, said he would expect a Senate discussion on the issue when Congress resumes work next week.

And he remained hopeful that his colleagues in the Senate, who are against the death penalty, would have a change of heart.

(“The session will resume next week. The issue of the death penalty would be discussed so it’s not yet over.”)

The House of Representatives had already approved the death penalty bill, but a similar measure has remained pending at the Senate Committee on Justice and Human Rights being headed by Sen. Richard Gordon, who is openly opposing the measure.

Despite his stand on the issue, Gordon has repeatedly promised that he would be fair when his committee deliberates on the proposal./rga