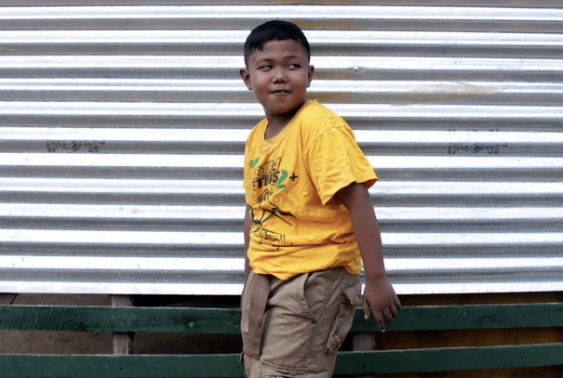 Remember the viral Indonesian toddler who reportedly smoked two packs of cigarettes a day in 2010? He’s now in fourth grade and is completely free of the vice.

Seven years after the cigarette-puffing Ardi Rizal shocked the world with his addictive hobby, he has since turned over a new leaf and is now living a normal childhood.

Rizal, now 9 years old, became a viral sensation after a video of him casually smoking in a village in Sumatra, Indonesia, began circulating online.

After receiving international backlash, the Indonesian government sent him to a child rehabilitation center, where he managed to overcome the addiction, The New York Post reported.

But in the process of forgoing the dreaded cancer sticks, Rizal developed a food addiction by age 5. At one point he weighed 54 pounds—over 13 pounds heavier than kids his age, the report said.

Instead of cigarettes, the youngster fixated on consuming junk food and three cans of condensed milk per day, and would violently bang his head on the wall if he didn’t get his fix.

Luckily, Rizal managed to overcome his personal demons and made a complete turnaround.

His dangerous practices didn’t seem to have taken a toll on his young body, as he currently lives the life of a typical moderate-sized fourth grader.

With no more cigarettes to clutch, all that Rizal worries about nowadays is where to hang out with his closest friends.  Khristian Ibarrola /ra/rga