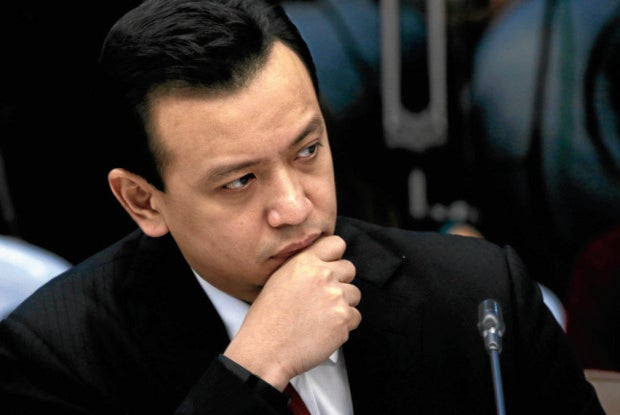 Trillanes, known critic of Duterte, reminded the President’s allies that thousands of people had already been killed under the present administration but not a single person had been held accountable yet.

“The Duterte allies are commenting as if they have actually read Atty Sabio’s information and they presume to know what the ICC would do,” the senator said in a statement.

He was referring to lawyer Jude Josue Sabio, who filed the case against Duterte and 11 others at the ICC the Hague over the killings of drug suspects in the country.

“They seem to forget that thousands have already been killed and not a single person has been held responsible for these crimes. Worse, they ignore the fact that Duterte himself promoted this policy of killings,” Trillanes, an opposition members, said.

“Regardless, at the end of the day, the ICC won’t listen to them; it would just do what it needs to do,” he added.

Senator Joseph Victor “JV” Ejercito on Tuesday said the ICC case was part of an ouster plot against the President while Senator Panfilo Lacson said it would be “dustbin bound” if based on perjured witnesses like confessed assassin Edgar Matobato.

“Timing in filing of case against President Duterte in ICC is obviously meant to embarrass the President in the upcoming Asean,” Ejercito said.

“Still part of a conspiracy to oust the President by destroying his credibility in the international community,” he added.

Manila is hosting this week the Asean Summit.

“Based on my own personal assessment as the presiding chairman of the investigation that heard Matobato’s testimony, if he is Atty Sabio’s main witness against PRRD et al, or worse, the only witness, being a polluted source and a perjured witness at that, I am almost certain that the complaint is as good as without merit. Therefore, it’s dustbin bound,” Lacson said in a separate statement.

Ejercito and Lacson are members of the majority group in the Senate. CBB