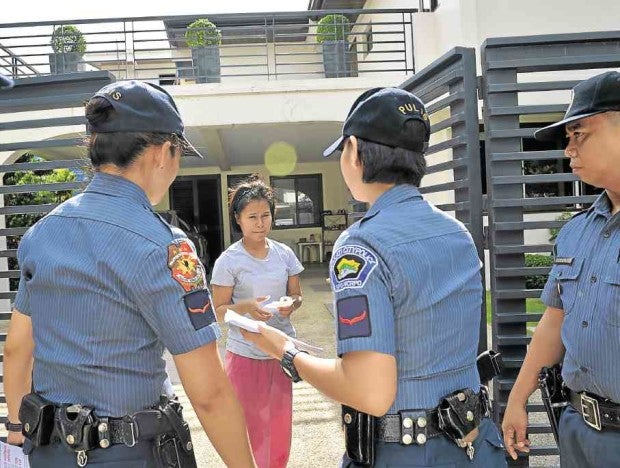 DRUG WAR DUTIES In Makati City, officers not mobilized for antiterrorism patrols resume the campaign against illegal drugs by distributing leaflets inside Magallanes, one of the upscale villages in Makati City which finally agreed to let policemen in and conduct the Oplan Tokhang campaign. AFP

Malacañang said on Monday that the temporary suspension of the government’s war on drugs became a “window of opportunity” for drug suspects to rob people and steal cars.

Presidential spokesperson Ernesto Abella made the statement in looking at a Social Weather Station survey showing that 6.3 percent of families lost property to street robbery, burglars (break-ins), or carnappers within the past six months.

“The temporary suspension of police anti-drug operations proved to be a window of opportunity for illegal drug violators to engage in burglary and car theft,” Abella said in a statement.

But he said the 6.3% figure was still 1.3 percent below the 2016 annual average of 7.6 percent. “The same survey showed a steady number, at 52%, of drug addicts in the neighborhood as perceived by respondents; meaning, there was no decrease in the number of drug addicts from last December’s figure, which can likewise be attributed to the temporary halt of police anti-drug operations,” he also said.