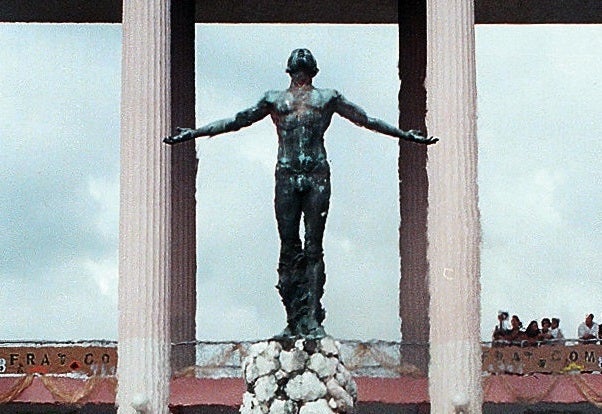 The University of the Philippines (UP) community expressed disappointment over the decision of its Board of Regents (BOR) to confer an honorary degree to President Duterte.

Hours after the news was released, #DuterteNotWorthy trended on social media, with posts expressing outrage and disapproval from students, faculty and alumni over the decision.

On Twitter, it ranked third highest trending topic as of 1:30 a.m. today. Some posted “Honor above excellence,” a tweak on the university motto, “Honor and excellence.”

Many condemned the decision, demanding instead that the President be held accountable for the thousands of deaths under his administration’s bloody war on drugs.

In his 10 months in office, thousands of suspected drug users had been killed both in police operations and through vigilante-style killings. Despite this, Mr. Duterte continued to enjoy popularity, despite dips in his trust rating.

While about 2,600 have been killed in police antidrug operations, more than 1 million drug personalities have reportedly either surrendered or been arrested. There has also been a drop in the crime rate, according to the police.

The BOR, the highest policy-making body of the premier state university, had offered Mr. Duterte an honorary Doctor of Laws degree, as revealed in the summary of resolutions in a Board meeting in April.

Commission on Higher Education chair Patricia Licuanan, also BOR chair, said the decision was part of “keeping tradition” of conferring honorary degrees to Philippine presidents. Mr. Duterte, however, has yet to accept the offer, Licuanan added.

In a statement on Tuesday, Student Regent Raoul Manuel slammed the decision, saying that the President is yet to show any sign of excellence in his time in office.

“Honors are not deserved by a president whose regime killed thousands of citizens and leaders of progressive groups under Oplan Tokhang and Oplan Kapayapaan,” read the statement.

It added that honors must not be given to a president who “declares all-out war against his people… and reimposes death penalty to legitimize the killing of the poor.”

A mass action is expected to take place at the Palma Hall steps later this afternoon at 4 pm. CBB