Airstrikes pummel Abu Sayyaf in Bohol up to midnight 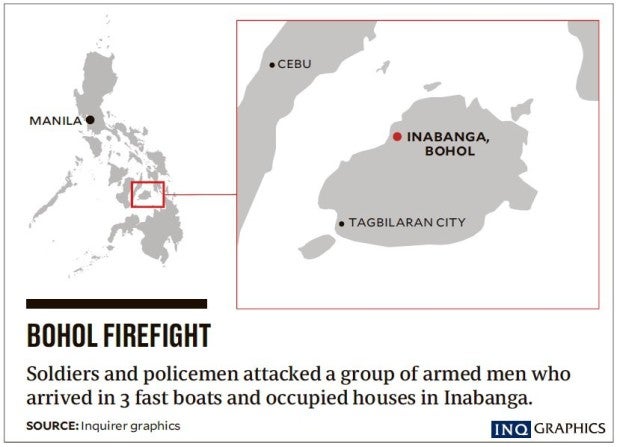 “But the airstrike was contained in Napo area,” he said.

At least 9 have been reported killed in fighting between government forces and suspected Islamist terrorists in the town.

As of 10:30 p.m. on Tuesday, around 1,081 families from Napo and neighboring barangays had been evacuated from their homes.

Most stayed with relatives in other villages while others stayed in town designated evacuation centers.

“Our relief operations continue so the evacuees have something to eat,” he added. CBB