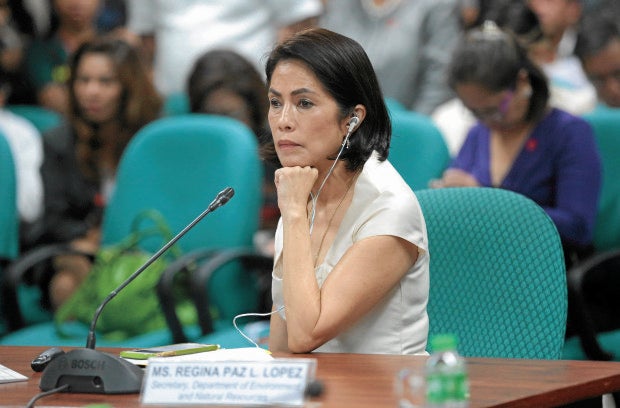 Environment Secretary Gina Lopez has issued a public apology for cursing a reporter during an ambush interview last week.

In a statement on Monday, four days after she told BusinessWorld reporter Janina Lim “you’re just a fucking employee” and accused her of having “no heart for the poor,” Lopez apologized “deeply” to Lim and “to everyone [the incident] might have hurt.”

“I do acknowledge that in my effort to impart my perspective, I was inordinately judgmental. Everyone has the right to be what they are. I have no right to put them down for whatever,” Lopez said.

She made the condescending remark when Lim and another reporter, James Galvez of Manila Times, caught up with her in an ambush interview at the Department of Environment and Natural Resources central office on Thursday.

Based on a video recording of the interview posted on Interaksyon.com, the reporters were simply asking Lopez about her new policy requiring suspended mining firms to put up a multimillion trust fund for farmers before they could remove their stockpiles and ship them.

Lopez earlier admitted she “had an issue” with the reporters, accusing them of “having their minds set” already when asking questions.