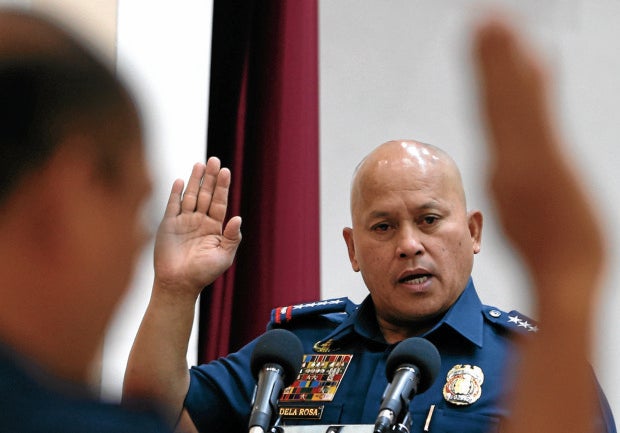 MANILA — Over a month after the government war against drugs was relaunched, Philippine National Police chief Director General Ronald dela Rosa said on Monday norning that latest data have shown that the new anti-drug campaign has been a “less bloody war.”

Dela Rosa said that the 107 drug personalities killed since the new campaign was launched on March 6 was less than the monthly average for the first seven months of the Oplan Double Barrel Alpha campaign from
July to January.

The total number of drug personalities killed from July to January 31st was 2,555.

“After one month, we had 107 killed during drug operations. Compared to Double Barrel Part 1, that is smaller because if we (multiply it by seven), it’s 749. So, it’s less bloody,” Dela Rosa said.

“My assessment here is this has become a less bloody war on drugs, this Double Barrel Reloaded compared to Double Barrel Part 1. Our basis is the first month (numbers),” he said.

“We hope that this would go down further in the coming months because we expect it to go down as we get more aggressive,” he added.  SFM