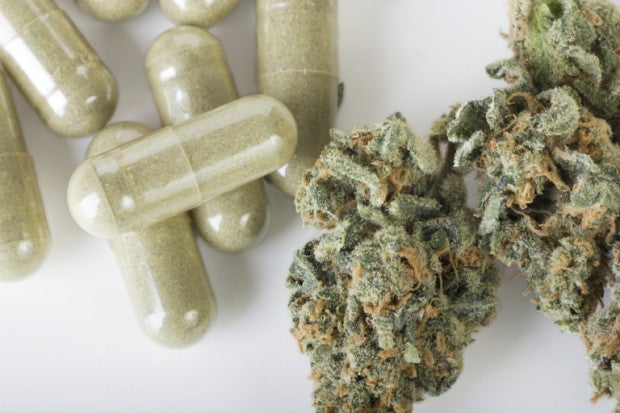 Under the law, buyers must sign up for a national registry of marijuana users to ensure they have fulfilled licensing procedures and do not exceed the monthly maximum purchase of 40 grams (1.4 ounces). Image: cheche22/Istock.com via AFP Relaxnews

Uruguay will become the world’s first country to allow recreational marijuana to be sold in pharmacies starting July, the president’s office said Thursday.

The move is the last step in implementing a revolutionary law that the South American country adopted in 2013 which fully legalized the production, sale and consumption of marijuana.

The most innovative—and controversial—aspect of the law, pharmacy sales, had been on hold, with no clear timeline for when it would begin. But President Tabare Vazquez’s administration put an end to the uncertainty at a news conference.

“Cannabis will be dispensed in pharmacies starting in the month of July,” said presidential aide Juan Andres Roballo, the head of the National Drugs Council.

“Sometime in the first two weeks of July,” he added when asked by reporters.

Under the law, buyers must sign up for a national registry of marijuana users to ensure they have fulfilled licensing procedures and do not exceed the monthly maximum purchase of 40 grams (1.4 ounces).

The registry, which is open only to Uruguayan citizens and permanent residents, will be up and running on May 2, Roballo said.

A gram of pot will cost $1.30, said the secretary general of the National Drugs Council, Diego Olivera. The drug will be sold in packets of five or 10 grams, with only the smaller size available initially, he said.

Part of the proceeds will fund government drug-use prevention programs.

The marijuana sold in pharmacies is being grown by private companies in state-supervised fields. The country has so far stockpiled 400 kilograms (880 pounds), produced by two different firms.

“We’re far from covering the real demand,” said Roballo. But starting sales will enable the companies to ramp up production, he said.

Under the law, users also have the option to grow their own pot at home, or join cannabis clubs that grow it in cooperatives.

Only 16 pharmacies have signed agreements with the government to supply marijuana so far. The government is hoping to reach at least 30 by the time sales begin.

Uruguay, a country of 3.4 million people, has an estimated 150,000 regular marijuana users.

Advocates of the law say it will funnel money away from drug traffickers, toward legal businesses and the state.

Roballo said the government’s marijuana would be “every bit” as potent as that sold by dealers. He said, “Buyers will have complete certainty about the quality of the product they are consuming, and so the risks will diminish considerably.”

The marijuana law was passed under former president Jose Mujica (2010-2015), a colorful ex-guerrilla fighter known for living in a run-down farmhouse, driving a beat-up Volkswagen Beetle and giving most of his salary to charity.

It made an uncomfortable inheritance for his ally and successor, Vazquez, a cancer doctor who passed strict anti-smoking legislation when he served a first presidential term from 2005 to 2010.

Vazquez’s government said in 2015 that it was in “no hurry” to implement the law. But it reluctantly agreed to follow through in the end. JB/rga

Duterte to poor: ‘If you die, I’m sorry’