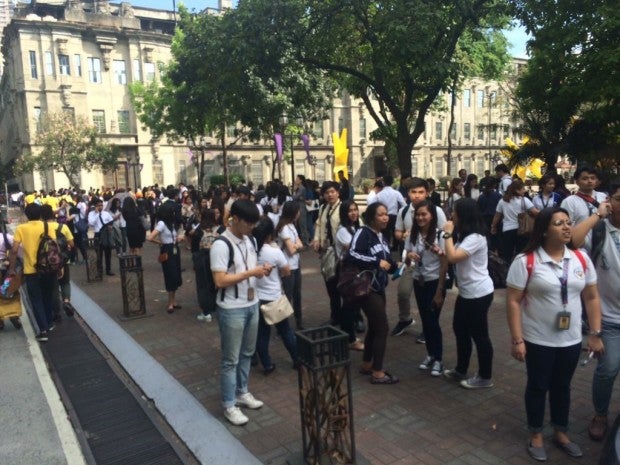 Students of the University of Santo Tomas evacuate from their classrooms following the subsequent earthquakes that hit Luzon Saturday. PHOTO FROM UST’S THE VARSITARIAN

Some schools declared suspension of classes after subsequent earthquakes were recorded in Batangas and felt in neighboring provinces and Metro Manila on Saturday afternoon.

Effective 3:30 p.m., De La Salle University suspended its classes in all levels as well as office work at the Taft, Makati, and BGC campuses. Access to these campuses is constrained until further notice.

The University of Santo Tomas also suspended classes as of 3:50 p.m.