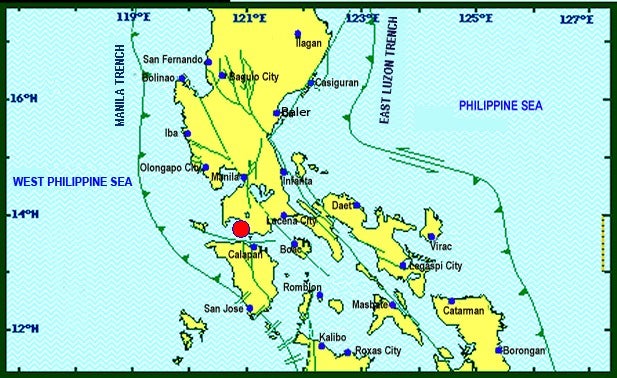 The Philippine Institute of Volcanology and Seismology Earthquake Bulletin said the 5.6 magnitude earthquake was located at Mabini town in Batangas.

In Laguna, power outages occurred in the towns of Sta. Cruz and Los Baños and in Calamba City although supply returned around 4 p.m.

Rommel Palacol of the Laguna Action Center said patients at the Laguna Doctors’ Hospital in Sta. Cruz were taken out in an open field as engineers inspected the medical facility.

“The earthquake also left some cracks on our office building,” Palacol said from the Laguna capitol building.

The shaking was also felt as far as Odiongan Romblon, according to local nurse Risa Falculan.

Garcia said they have yet to give any other details as of the moment as they are still checking possible damages.

Government officials have not yet even completely assessed the effects of last Tuesday’s earthquake that left damages on several infrastructures.