PNP: No police involved in ‘palit-ulo’ 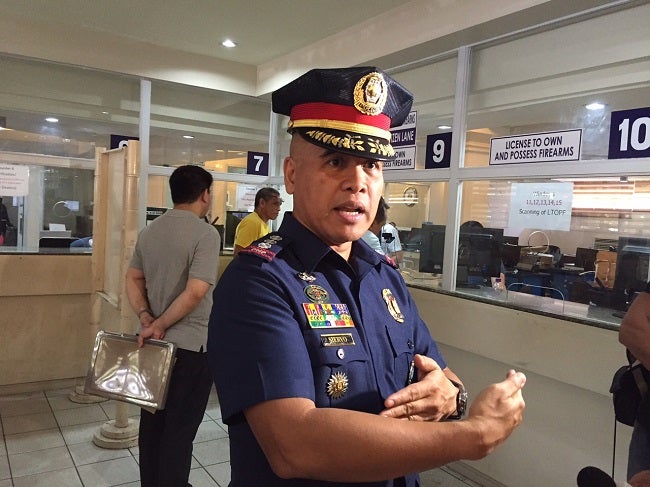 The human rights unit of the Philippine National Police said on Wednesday that it has not received any complaint about policemen involved in the alleged “Palit-ulo” scheme as claimed by Vice President Leni Robredo.

“We are not getting complaints regarding her version of palit-ulo,” Chief Supt. Dennis Siervo, chief of the PNP’s Human Rights Affairs Office (HRAO), said in a press briefing at Camp Crame.

The palit-ulo, or “head swapping,” according to Robredo, is the scheme employed by cops rounding up those in the poor communities and taking hostage the wife, husband, or relative of a person in the drug watchlist if the latter cannot be found.

Robredo said victims and their families have come up to her office to report incidents of palit-ulo in their area.

The Vice President is set to meet with Interior Secretary Mike Sueno after Holy Week to discuss the protection for the victims who want to testify about the scheme.

But if indeed the palit-ulo happened in the barangays, Siervo stressed that there is an irregularity in the performance of duty of the police officers involved.

He said these cops, if there are any, might be charged for arbitrary detention and unlawful arrest.

“Bakit siya (drug suspect’s relative) ‘yung kinukuha (why are they being taken)? On what basis? It is not even an invitation, there was no charge on that individual then why are you taking that individual to the police station and in custody?” Siervo said.

The police official encouraged the public not to hesitate reporting to his office if they encounter similar incidents.

“Kapag mayroong gano’n, i-report sa amin (if an incident like that happens, report it to us) then we will forward it to the (PNP Internal Affairs Service) and (Directorate for Investigative and Detective Management) to conduct investigation. We will conduct investigation based on their findings and that will be our basis to file human rights violation against the cops involved,” he said. JE