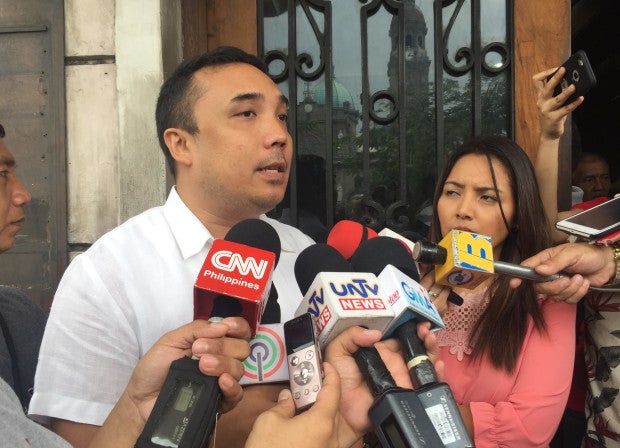 The camp of Vice President Leni Robredo is working with the aggrieved families victimized in the “Palit-ulo” scheme to testify against the government authorities.

This amid accusations against Robredo that she was fabricating stories about the scheme that she first bared in a recorded video message addressed to foreign delegates in a United Nations-sponsored anti-narcotics conference in Vienna, Austria last week.

Barry Gutierrez, Robredo’s legal consultant and former spokesperson of Mar Roxas’ May 2016 campaign, said they have been encouraging the victims to speak out on the “head swapping” happening in the poor communities but they feared for their life.

(Ever since they faced the VP, we have been encouraging them to speak out because in the end, the solution to this problem is they need to testify.)

He said the victims, who relayed the incident directly to Robredo’s office for fear of reprisal, were willing to testify but were concerned about their security.

(Right now, their foremost consideration is their protection. Their fear for their lives, the fear that it will come back to them, the fear that maybe the person they’re reporting to will put them in harm’s way.)

Last week, Robredo in her message revealed the “palit-ulo” scheme involving the police taking hostage the wife, husband, or relative of a drug suspect who had not surrendered under the PNP’s “Oplan Tokhang” campaign.

For revealing this in her message to the international community, Robredo has been criticized by the allies of President Duterte, even triggering an attempt to file an impeachment complaint against her for “betraying public trust.”

Robredo’s camp said she is willing to face possible impeachment complaint against her. JE