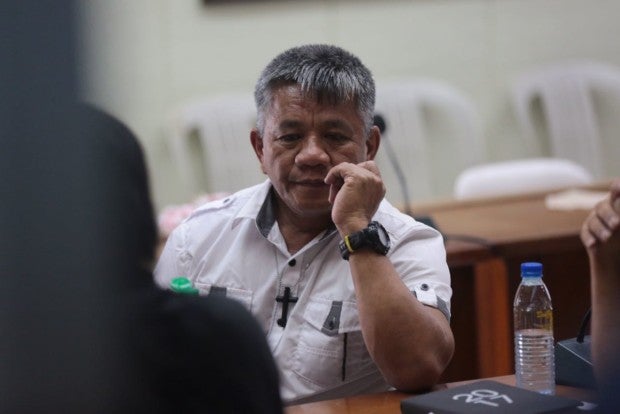 Judge Dorothy Gonzaga of RTC 4 in Panabo City in Davao del Norte also prescribed no bail for the charge against Matobato and a certain Sonny Custodio.

Matobato had admitted during the Senate hearings on the Davao Death Squad that he and Custodio abducted Makdum in Samal Island in 2002 on orders of President Duterte, then Davao City mayor.

He said Makdum was a suspected terrorist.

Gonzaga gave law enforcement agencies such as the police and the National Bureau of Investigation 10 days to effect the arrest warrant.

Lawyer Arnold Rosales, the director of the NBI in Southern Mindanao, said his team had coordinated with the NBI district office in Dagupan City for Matobato’s arrest.

He said that based on the last information received by the NBI, Matobato was in a safe house being run by the clergy in Pangasinan.

In December, the City Prosecutors Office of the Island Garden City of Samal approved the filing in court of the kidnap-for-ransom complaint against Matobato based on the testimony of Makdum’s wife.

Makdum was actually Matobato’s relative by affinity as their wives were related. They were also business partners in a land buy-and-sell business, according to Makdum’s relatives in Samal.

Lawyer and Bayan Muna Rep. Carlos Zarate said Matobato could already be charged for murder based on his admission during the Senate hearings.—ALLAN NAWAL