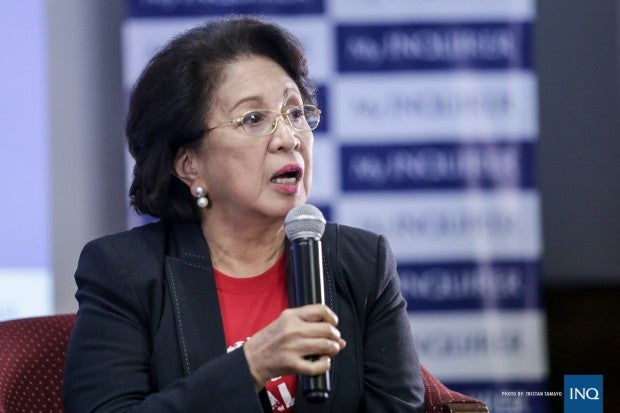 Citing its previous decisions on four similar petitions, Te said the tribunal pointed out that lawyers occupying public posts who may only be removed from office through impeachment cannot be disbarred during their incumbency.

He said Morales, as the government’s top antigraft prosecutor, was an impeachable officer as mandated by the 1987 Constitution.

“The court noted that Belgica’s logic—that the Ombudsman may be charged with disbarment during her incumbency, but the penalty may only be imposed after her term ends—is faulty,” Te told reporters.

“(It) clearly contravenes the established principle that the Ombudsman, who may be removed from office only by impeachment, cannot be charged with disbarment during her incumbency,” he said.

Te said the justices also noted that while the petitioner maintained that he was not asking for Morales’ dismissal as lawyer while she was still in office, his complaint “ultimately seeks her disbarment.”

In his petition, Belgica accused the Ombudsman of violating the Lawyer’s Oath and the Canon of Professional Responsibility when she approved the resolution clearing Aquino of graft and technical malversation charges while recommending the indictment of former Budget Secretary Florencio Abad.

“Her dismissal of the complaint is concrete proof of her bias. She failed to uphold the integrity of the legal profession by not doing what justice demands,” Belgica said.

“(Morales) failed to perform her primary duty as a lawyer engaged in the public prosecution because she did not see to it that justice is done to the detriment of the Filipino people,” he said.