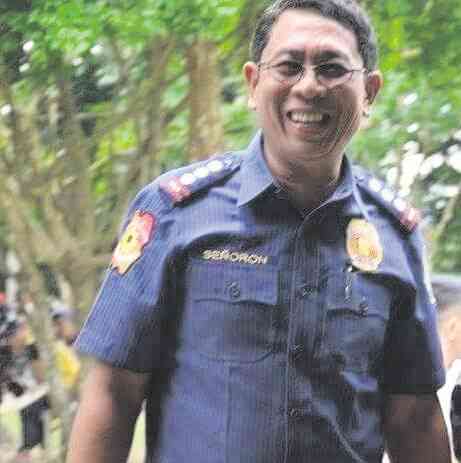 BACOLOD CITY—The acting provincial police director of Negros Occidental and five other police officers have been relieved from their posts after a suspected illegal drug pusher linked them to the drug trade.

Gumban’s order came after the Regional Internal Affairs Service filed a complaint against the six police officers based on the sworn statement of Ricky Serenio.

Serenio earlier executed a 19-page supplemental affidavit that linked eight policemen and two agents of the National Bureau of Investigation to the illegal drug trade in the province.

Serenio executed a supplemental affidavit on March 10 that gave details to an earlier affidavit where he identified 35 policemen and other law enforcement personnel who he claimed had received protection money from the Berya group, one of the drug syndicates operating in the province.

Señoron welcomed the investigation but questioned the manner of his relief, saying he did not receive any explanation from his superior officers.

“I am not contesting the legality of my relief, just the manner in which it was done. I am not hiding anything,” he said. “My performance has been good. Everybody knows who is behind Serenio,” he said.

In his supplemental affidavit, Serenio reiterated his claim that Señoron received P1.2 million monthly from drug lords in the province.

Some of the allegations against Señoron cropped up five years ago but no investigation was held due to lack of witnesses, Gumban said.

Police arrested Serenio on Jan. 7 for grave coercion and illegal possession of firearms and explosives. Serenio was initially detained at the Talisay City police station.

But citing security reasons, the Bacolod City Regional Trial Court Branch 54 ordered his commitment to the Pulupandan town police station “under the care and custody” of Pulupandan Mayor Miguel Peña and his father, Moises Padilla Mayor Magdaleno Peña, a consultant of the Philippine Drug Enforcement Agency.