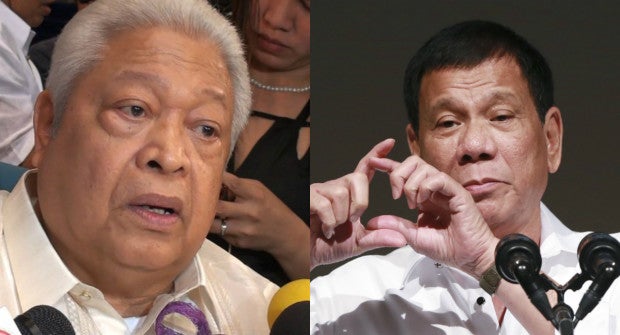 “A fair reading of the Alejano complaint shows that it is sufficient in form and in substance,” Lagman said in a statement.

Last week, former soldier turned lawmaker Magdalo Rep. Gary Alejano filed an impeachment bid against Duterte, and among the basis are culpable violation of the Constitution, bribery, betrayal of public trust, graft and corruption, and other high crimes.

On his part, Lagman said that the committee on justice must conduct extensive hearings on the complaint and allow Alejano to present witnesses and documents to support the impeachment of Duterte.

Lagman, a member of the Liberal Party (LP), also said that there has been no meeting called by the LP leadership among its members in the House and in the Senate on the said impeachment move against the President.

“In particular, the LP contingent in the authentic minority has not been consulted either individually or collectively on Quimbo’s statement that the LPs in the House are not supporting the impeachment complaint against Duterte,” Lagman said.

Deputy Speaker and Marikina Rep. Miro Quimbo on Tuesday said that the Liberal Party in the House of Representatives will not support the ouster bid against the President, calling it “premature.”

He also called the impeachment complaint against Vice President Leni Robredo a “sham” and said that it is “doomed” to fail because it has no basis.

“It’s not timely… It’s not wise for our democracy to even talk about impeachment when we just had an election,” Quimbo said. JE