The two drainage projects, totaling to P4.71 million, were awarded without prior authorization of the Sangguniang Panlungsod.

In his urgent motion filed before the anti-graft court’s second division, he declared that “the case should be dismissed for clear absence of evidence to support a finding of probable cause.”

“It is thus mystifying how the Ombudsman was able to arrive at its decision to indict herein accused and file the information knowing fully well that based on the records and so-called evidence appended to the Complaint and submitted to it, no probable cause exists to sustain a prima facie case of the crimes charged against the accused,” his motion read.

On March 8, the Office of the Special Prosecutor under the Ombudsman filed two counts of graft or violation of Section 3(e) of the Anti-Graft and Corrupt Practices Act against Echiverri, former city accountant Edna Centeno and city budget officer Jesusa Garcia.

According to the first charge sheet, the respondents conspired with each other and acted with manifest partiality, evident bad faith and gross inexcusable negligence in awarding the P2.751-million contract for the improvement of Molave Street drainage system to E.V. & E. Construction.

Meanwhile, in the second charge, the respondents caused undue injury to government in the grant of a P1.962 million contract to Golden 3T Construction for the improvement of Saplungan Street Drainage System. 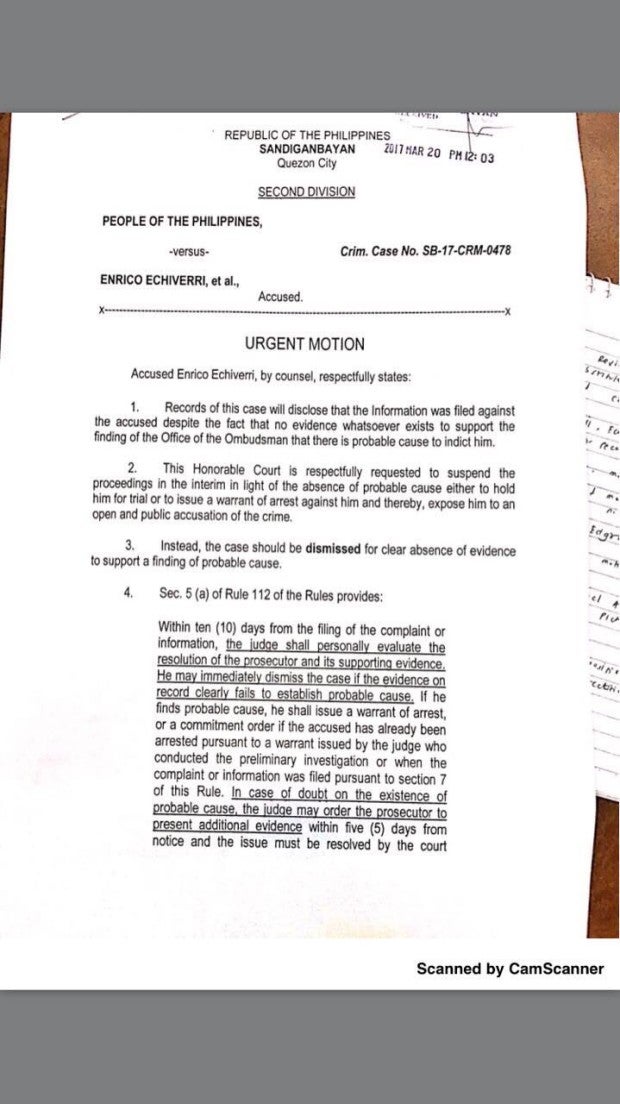 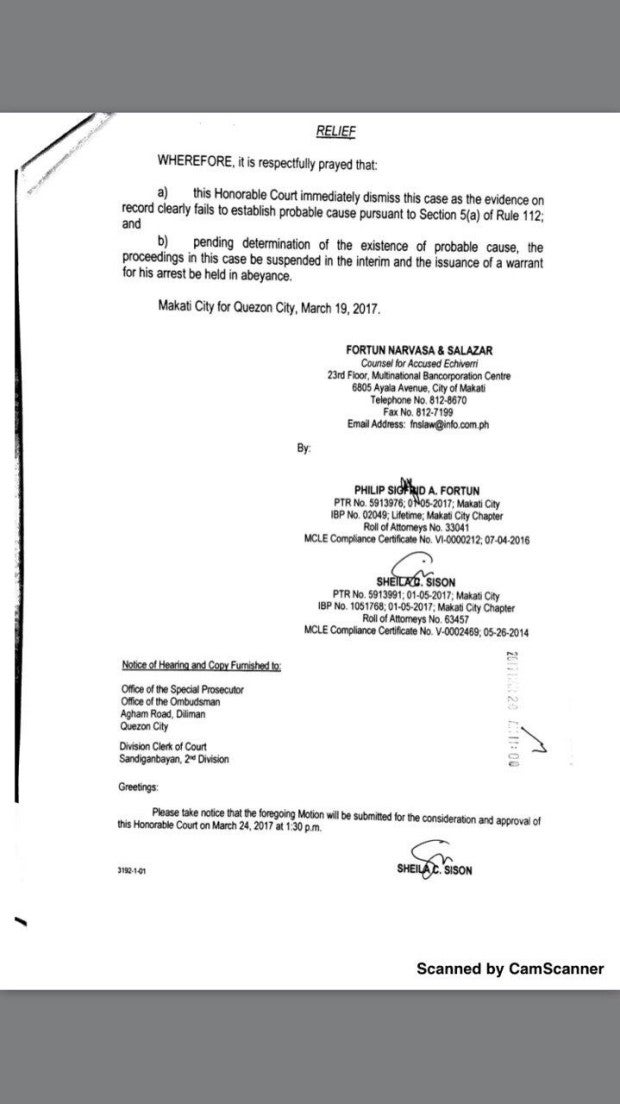