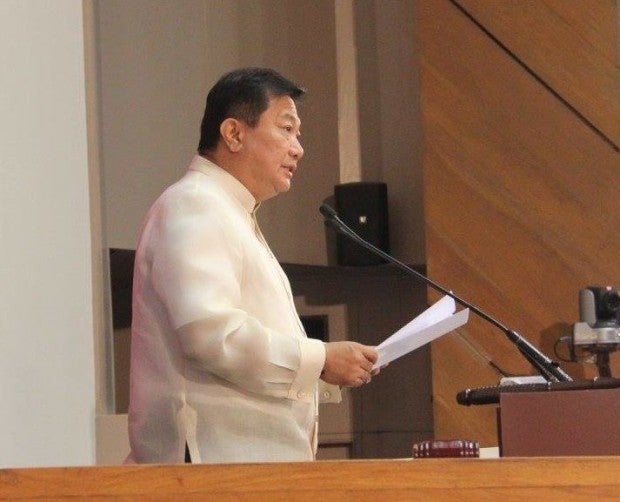 As promised, the House of Representatives on Wednesday took reprisals against a dozen House leaders who voted against the death penalty bill last week by stripping them of their posts.

President Duterte’s allies in the 292-seat chamber led by House Speaker Pantaleon Alvarez orchestrated a last-minute revamp in what could also be a blunt warning to others in the administration coalition to toe the official line.

Earlier on Wednesday, Alvarez said the House revamp would push through after the Holy Week break. But at his behest, Majority Leader Rodolfo Fariñas surprised the chamber later in the day by declaring the 12 lawmakers’ posts vacant.

Among those to be replaced was former President Gloria Macapagal-Arroyo, a deputy speaker.

Only one replacement was announced: Cebu Rep. Ramon Durano, who took over Escudero’s post.

Occidental Rep. Josephine Ramirez-Sato, who voted against the death penalty, was saved and allowed to keep her post in the Commission on Appointments.

Arroyo did not criticize the action taken against her and in a statement thanked the House leaders “for the honor of having served as Deputy Speaker.” She promised to continue to support President Duterte and Alvarez “as a plain congresswoman.”

She, however, defended her vote against the death penalty as it was “based solely on conscience and the deepest personal convictions.”

Alvarez earlier said the replacements of the committee chairs will be nominated by their own parties.

The top-ranking Liberal Party (LP) congressman, Marikina Rep. and Deputy Speaker Miro Quimbo, appealed against the revamp, saying it was “a divisive issue.” Quimbo voted in favor of the death penalty bill.

Asked whether he would nominate the replacements for the posts that were vacated, Quimbo said the issue required more discussions among the House Liberals.

“It’s not a simple matter as far as we are concerned considering that it affects almost all of our senior members,” he told the Inquirer.

“The positions of leadership in said committees were deliberated on meticulously by the party; thus any replacement process requires equal careful scrutiny,” said Quimbo.