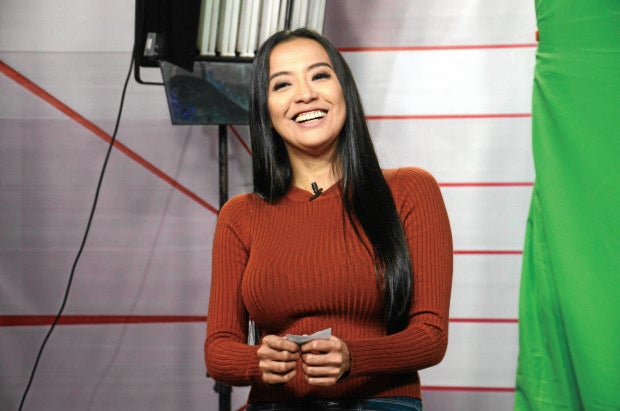 Detractors might say that the Philippine Army was off by two weeks to April Fools’ Day when it asked a controversial blogger and singer known for lewd performances onstage to join an “intellectual discourse” as a resource speaker.

But Mocha (Margaux Uson in real life)  apparently took the invitation to heart and proudly described it in her blog as proof that she was a credible writer and not a purveyor of fake news as critics have claimed.

In his letter to Uson, Army acting chief Lt. Gen. Glorioso Miranda asked the recently appointed member of the Movie and Television Review and Classification Board to be one of three resource persons during the 10th Senior Leaders Conference (SLC) on March 20.  Also invited to speak about social media on the theme, “Embracing Diversity, Building a Strong Army” were Pompee La Vina and Abe Olandres.

The conference, Miranda said, will be the highlight of the Army’s 120th anniversary celebration at its headquarters in Fort Bonifacio, Taguig City.   The SLC has 10 different topics meant to “promote awareness on security challenges through intellectual discourse with experts in various disciplines that impact on national security.”

Among the topics to be tackled during the SLC are concerns on strategic security landscape, internal security, military capability and information domain. About 180 Army senior leaders and special guests are expected to  attend the event.

In her blog, Uson lashed out at bashers, including those from mainstream media, for underestimating her and accusing her of bringing “fake news” to the public.

“Let me show you one of the many invites (that I receive) proving my credibility on social media. Ayaw ko na sana ilabas ito pero gusto ko lang isampal sa inyo na for once mapahiya kayo diyan sa fake news issue ninyo  (I didn’t want to show it off, but let this be a slap on your face to shame you for your fake news claims),”  Uson wrote.

The event will be “attended by commanders and top generals in the entire Philippines,” she added. “I will be their guest speaker.  Do you think I’d be given such opportunity if I were a fake news blogger? Sorry, fellow DDS (Diehard Duterte Supporters), I have to answer back the Yellow camp (referring to former President Aquino’s allies).  They’re the ones spreading fake cheques (sic), and they had the gall to say I peddle fake news?”