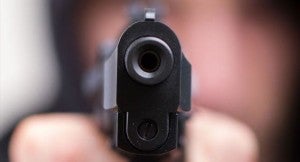 KORONADAL CITY – An unidentified gunman shot dead the records officer of the Commission on Higher Education here while she was walking toward her office inside the government regional center  Tuesday morning.

Condes said initial investigation showed Oñas had just arrived from General Santos City at about 7:15 a.m. and was seen walking toward the regional center when the gunman shot her.

Oñas sustained one gunshot wound in her back. She was rushed to Allah Valley Medical Specialist Hospital where she expired about an hour later.

Her friend, who asked not to be named, said that while Oñas had no known enemies, the crime was work-related.  SFM/rga