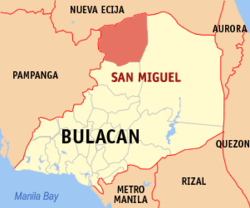 SAN MIGUEL, Bulacan — A policeman was hurt on Monday when a grenade exploded in front of a police sub-station here, police said.

PO1 Nelson Mendoza, the policeman on duty from the Police Provincial Public Safety Company (PPSC) in Barangay Buluwalto suffered shrapnel wounds when a grenade exploded at around 7:30 p.m. on Monday. The blast killed a dog and destroyed the screen wire of a window of the PPSC office.

Police are still trying to identify who threw the grenade. There are no closed circuit television cameras near the police station.  SFM/rga