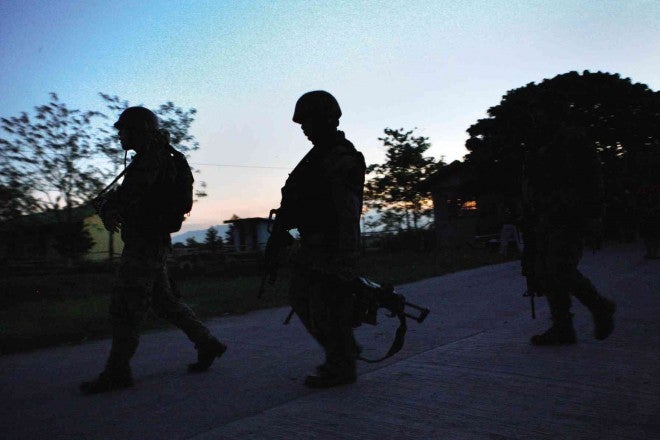 ZAMBOANGA CITY – Two children were killed in a joint police and military operation on Tapiantana Island in Tabuan Lasa town in Basilan on March 8.

This is contrary to the military’s claim that four bandits were killed in the clash.

Dr. Arlyn Jumao-as, executive director of the Save the Children from Armed Conflict in Basilan, said two children were among the four civilians who were killed in Tapiantana Island.  Senior Supt. Nickson Muksan, Basilan police chief, confirmed to the Philippine Daily Inquirer, the deaths of the two children.

Jumao-as said Abbi suffered bullet wounds in the head and died instantly, while Abuhaip died while being rushed to the hospital.

Capt. Jo-Ann Petinglay, spokesperson of Western Mindanao Command, earlier said four members of the Abu Sayyaf group, including a relative of top leader Isnilon Hapilon, were killed in an operation conducted by the Joint Task Force Basilan and the police.

Kulin was Hapilon’s cousin.,,“The encounter resulted in the death of Kulin and three of his members,” Petinglay said, adding that the bodies were recovered from the encounter site.

Hassan, on the other hand, was a wanted man facing arson charges.

Muksan later confirmed to the Philippine Daily Inquirer Inquirer the deaths of the two children. He said they were not immediately informed about the deaths of the children, saying the operation was conducted by the military and the Criminal Investigation and Detection Group-National Capital Region.